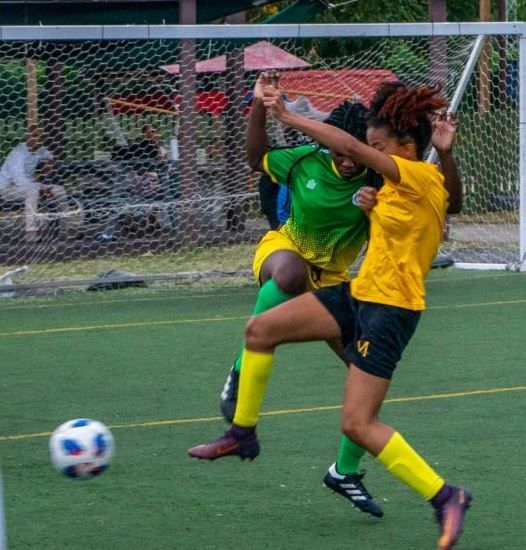 VG United staged a late show on Saturday, February 6, 2021, in their final game of the BVI Football Association (BVIFA) Futsal League to beat Panthers FC, 5-3, and leapfrog archrivals Avengers FC to finish second in the standings.

The match played at Cedar International School in Kingston, Tortola, proved a fitting end to what had been an amazing return to competitive action for the Women.

The battle culminated in a 3-3 score line turning into a feverish period of added time at the end in which VG Utd scored not once but twice.

VG United staged a late show on Saturday, February 6, 2021, in their final game of the BVI Football Association (BVIFA) Futsal League to beat Panthers FC, 5-3, and leapfrog archrivals Avengers FC to finish second in the standings.

VG Utd earlier looked on course for a comfortable win as they raced into a 3-1 lead inside the first 12 minutes, with Jakisha Rigobert opening the scoring for VG in the 2nd minute.

Morgan Creque equalised for Panthers in the 4th, but Kezia Gumbs made it 2-1 to VG in the 8th and Anna French pushed the score to 3-1 in the 11th minute.

Zariya Smith; however, turned the game on its head scoring twice to make it 3-3. Her first came in the 22nd minute and then just when it looked like VG had held on for the win, she scored in the 48th minute to make it 3-3 and it seemed she had earned her team a share of the points.

However, it is rarely over until the final whistle blows and French popped up to score her second in the first minute of added time and then to rub salt into the Panthers wounds, Rigobert added another a minute later to secure the all-important win. 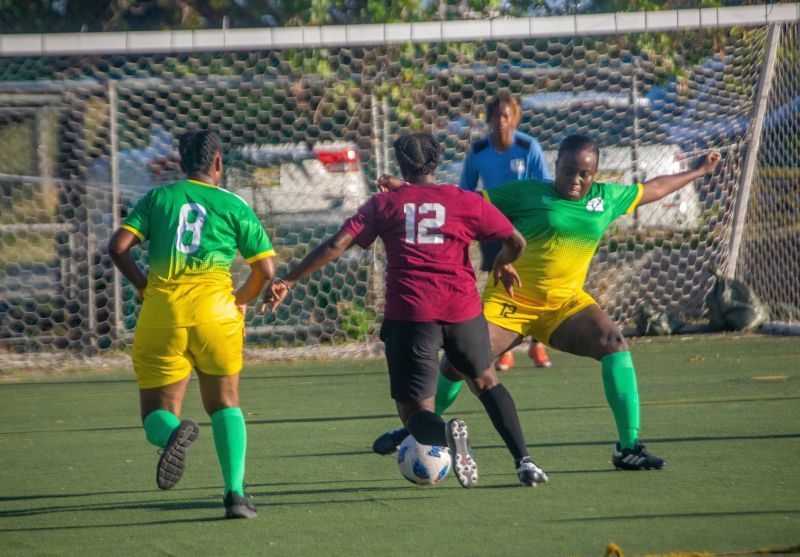 “It was a great competitive game to end the season and secure our second-place finish,” noted French.

“There was a lot of improvement throughout the season across all teams and it has definitely built excitement and momentum toward further developing the Women’s programme,” she added.

VG United’s Coach, Thomas Albert aka ‘Manley’, was very happy with his team’s performance “we knew we had to give it everything,” he said.

“We did what we had to do, and it was a very good game. It brought the Ladies together and I hope the FA will continue to put tournaments on for them.” 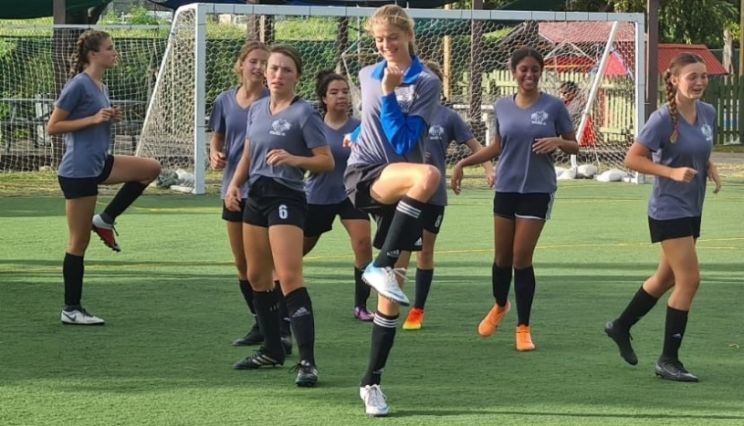 Panthers gave a good account of themselves- Coach Phillip

Wayne Phillip saw his team, Panthers FC, put on their best performance yet. “All the girls gave a good account of themselves and passed the ball around to create opportunities,” he said.

“VG played well in both defense and attack though and I’m just proud to be involved with Women’s football,” he added.

Attention will now turn to the All-Star game, which will be Tortola versus Virgin Gorda and takes place next Saturday, February 13, 2021, on the pitch at East End/Long Look at 4:00pm.