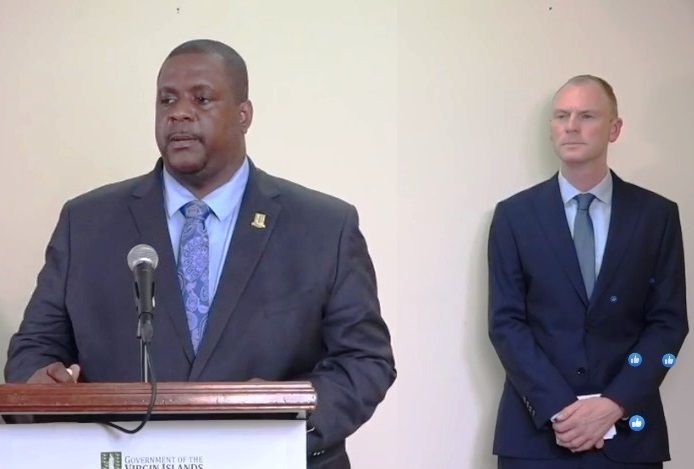 New inside information surrounding the hastily called Virgin Islands (VI) Commission of Inquiry (CoI) being executed by the United Kingdom (UK) Government has pointed to more concerning alleged motives behind the UK-funded inquiry into the Government of Premier Andrew A. Fahie.

Information from a former staff at the Foreign, Commonwealth & Development Office (FCO) obtained by Virgin Islands News Online (VINO) has alleged that the ex-Governor, August J.U. Jaspert, was pushed by the UK to call the CoI over Hon Fahie’s resistance to ‘bend’ to the UK’s will.

This strained relationship they said, reached a breaking point with the Premier’s refusal to sign the UK’s proposal for £300M in loan guarantees and £10M in grants to support the Territory's recovery after Hurricanes Irma and Maria of 2017.

According to the Premier, the terms of the loan was ‘far from reasonable” and in an August 17, 2019, statement he said while the loan is welcomed, the demands were not.

“The issues that we face is whether we are prepared to mortgage our birthright in order for the British government to provide the guarantee needed for us to access this critically needed funding,” Hon Fahie had said.

“At present, what the UK government is demanding is in order for it to provide its guarantee is for the Virgin Islands to basically hand over almost full control of management of the territory’s finances to the Recovery and Development Agency (RDA) which was set up at the request of the Uk Government,” he said.

Premier Fahie continued, “It is our respectful view that what is being demanded of the people of the Virgin Islands at this time in order to access these funds is far in excess of what is reasonable,” he said.

Sources have now indicated that the Ex-Governor, Jaspert was pushing the Premier to sign the guarantee shortly after the Virgin Islands Party (VIP) Government took office in 2019. The Former FCO staff also alleged that the ex-Governor was visibly upset at the Premier’s refusal to agree to the loans.

If the government violates those limits, it would be required to submit to greater fiscal controls under the UK. Section 28 of the PFEFM, which is one of the sections the VI Government will be seeking an amendment to, particularly states that a breach of the borrowing limits will constitute a breach of the Agreement.

The VI Government has also been trying to get the UK to revise the borrowing ratio for the VI to access adequate funding for hurricane recovery so that it does not violate the Protocols for Effective Financial Management (PFEFM), which the premier requested in ‘hard copy’ but never received from the UK.

Since the start of the pandemic, Premier Fahie said the government had sought to further negotiate with the UK government certain terms of the PFEFM to be relaxed or amended to allow Government to freely seek immediate relief funding in light of the negative economic impacts of the COVID-19 pandemic.

The UK also refused to assist the VI financially when requested during the early stages of the pandemic year.

Former Premier of the Turks and Caicos Islands (TCI), Michael E. Misick had warned the VI government that the Commission of Inquiry (CoI) could very well be the UK ‘going after’ Premier Fahie.

The former TCI leader in a Monday, February 15, 2021, interview with 284 Media said the UK government has shown a pattern going after Caribbean leaders who stand up to them, including himself, for being pro-independence and wanting a self-determined future for their people.

Mr Misick called for British OTs to have the confidence to manage themselves and realise that the British Government is not needed, "the British will throw you under the bus any day to protect their interests," he said. 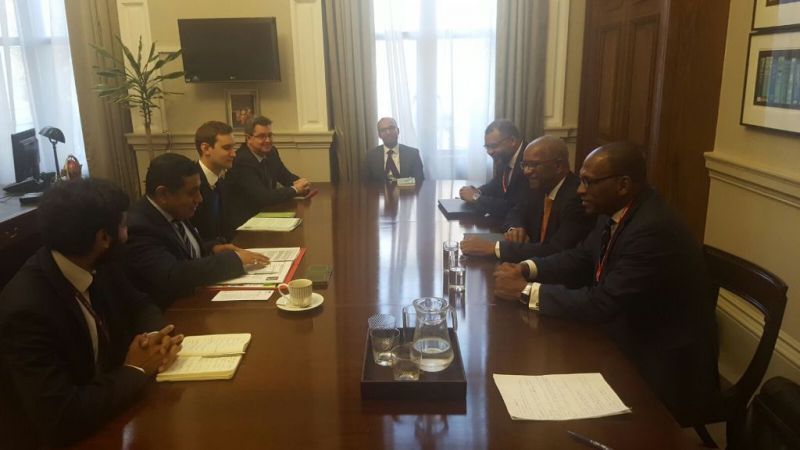 First announced under the Dr D. Orlando Smith, National Democratic Party (NDP) government, the United Kingdom (UK) through a recovery and reconstruction package for the Virgin Islands (VI) had promised up to £300 million in loan guarantees and £10 million in grants to support the Territory's recovery after Hurricanes Irma and Maria of 2017. 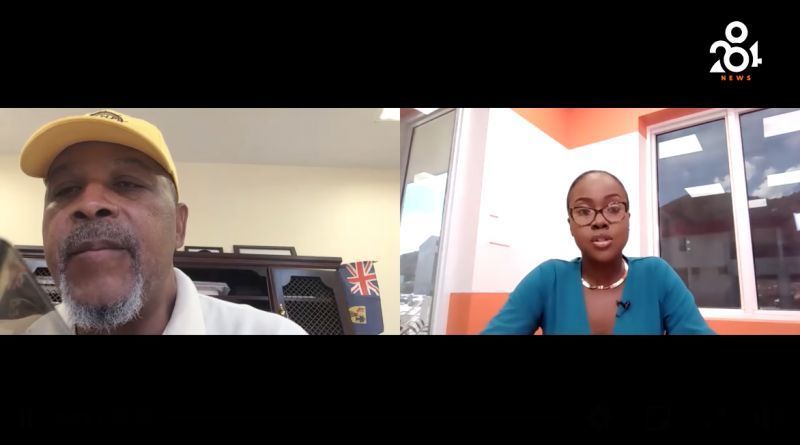 Former Premier of the Turks and Caicos Islands (TCI), Michael E. Misick in a Monday, February 15, 2021, interview with 284 Media said the UK government has shown a pattern going after Caribbean leaders who stand up to them, including himself, for being pro-independence and wanting a self-determined future for their people.