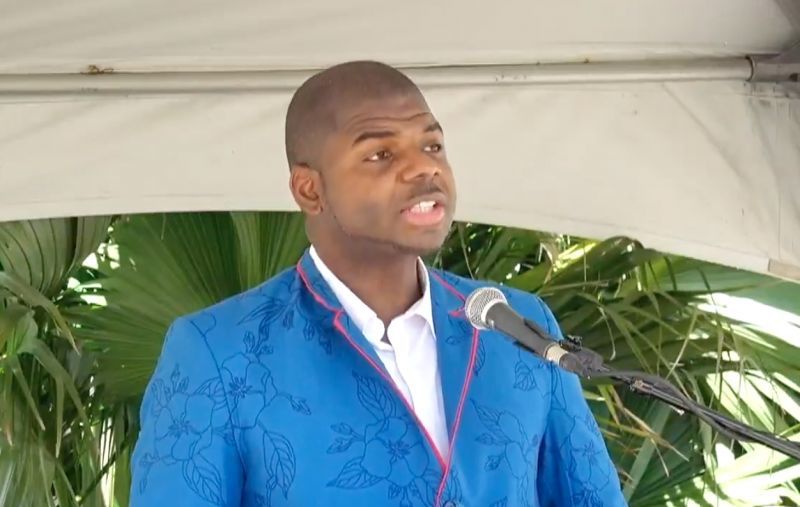 As the United States Virgin Islands (USVI) and the Virgin Islands (VI) mark some 50 years of friendship, VI Premier Dr the Hon Natalio D. Wheatley (R7) has called on the people of the territory to never forget the support received from the USVI when the local constitution was threatened.

Speaking at today’s October 22, 2022, Friendship Day celebration, Dr Wheatley said 50 years of friendship celebrations are not only important to the people of the VI and USVI, but it is significant as it truly demonstrates the resilience of the bond shared by the two counties.

“Let me say that this friendship is sweet, even sweeter than those Johnny Cakes we had this morning. Despite our oneness, some tried to force us to fight. But we must remain focused on our friendship. Any relationship faces challenges and sometimes even friends disagree, but it is important that we never take for granted the specialness of our union,” he said.

The PRemier recalled the historical trades of the two counties that helped them survive the local colonial impoverishment and reminded the VI to never forget the support it received from the USVI after the Hurricanes of 2017.

Be guided by potential of mutual cooperation - Premier Wheatley

“We must never forget how Governor Bryan stood beside us when our Constitution was threatened. I agree with the Governor and the Lieutenant when they say we are stronger together, and as far as I'm concerned, we have only scratched the surface of the potential of this Union,” he said,

He called on the VI and USVI to resist the temptation of being blinded by their individual territorial interests and rather be guided by the potentialities of their mutual cooperation.

“We have so much we can explore in tourism and telecoms. Tapping into our tremendous talent in culture. Exploring investment and trade…. Sharing best practices and so much more,” the Premier said.

Dr Wheatley said he remains excited about the possibilities of collaboration between the two counties in areas like sports, law enforcement, and even cultural exchanges.