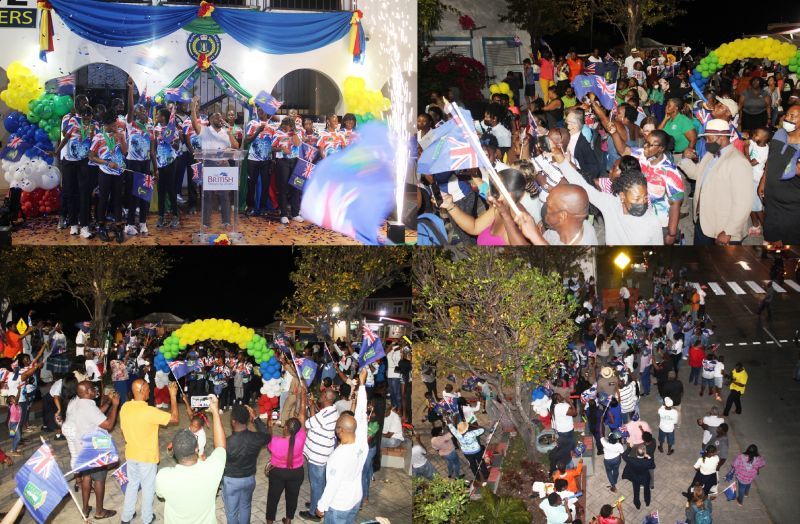 The blaring of horns and waving of flags by a large crowd on a breezy evening at Olva Georges Plaza greeted the historic [British] Virgin Islands CARIFTA Games team on arrival to the territory from Jamaica on April 19, 2022.

The crowd of residents, which included children and the elderly, eager to get a glimpse of the athletes waited patiently for the history-making contingent for close to two hours.

Loud cheers erupted when the athletes finally made their way across to Olva Georges Plaza from the Road Town Ferry Terminal for the BVILove Welcome Home Event organised by the Government of the Virgin Islands, in collaboration with the BVI Tourist Board and Film Commission.

It was then announced that a majority of the contingent had arrived; however, due to InterCaribbean Airways cancelling its flight some of the athletes were stuck in Turks and Caicos Islands and would arrive later in the evening while others would arrive in a few days from Jamaica.

Nevertheless, the crowd of supporters used the opportunity to congratulate and take photographs with the athletes.

Among those addressing the athletes were Junior Minister for Tourism Hon Sharie B. de Castro (AL), who said the accomplishments of the VI contingent were not being taken lightly and that the entire Government was proud of the team. Said also said it was a united effort to get the athletes safely back to the VI.

Hon de Castro later announced that a motorcade will be held on May 19, 2022, for the athletes and that the date was chosen as it was convenient for all the athletes, including triple gold medallist and winner of the Austin Sealy Trophy for the most outstanding athlete of the 49th CARIFTA Games, Adaejah T. Hodge.

Minister with the portfolio for Sports, Deputy Premier Dr the Honourable Natalio D. Wheatley (R7) said the athletes are a very “big deal.”

He also disclosed that he has been receiving text messages of congratulations from his colleagues across the region.

“These young people are more than just athletes,” Dr Wheatley stated and added that they are ambassadors for the VI.

“And if they didn’t know the name of the BVI before, trust me they know it now,” Dr Wheatley said.

He also said people in the VI recognise that there is something special taking place in the VI with the young people and it did not take place by accident. “It is through all our collective efforts.”

Augustine used the public occasion to congratulate his executive for their hard work, as well as parents of athletes who made the trip to Jamaica and were vocal in their support during the games.

According to Augustine, he and his executive want the chance to sit with the “right persons” in Government and have a thorough discussion regarding athletics in the VI.

Augustine also singled out Hon de Castro who he said was there for the team before, during and after the games.

Meanwhile, Premier and Minister of Finance Hon Andrew A. Fahie (R1) congratulated the team and noted that the VI athletes had everyone glued to their television and various devices.

He said the entire VI was proud of the athletes, whom he described as all winners.

A dynamic and immensely proud Premier Fahie singled out Reynold S. ‘Rey’ O’Neal, OBE for starting athletics in the VI.

‘When everybody was telling him he was wasting his time, that’s Mr Rey O’Neal, give him a round of applause. That’s the foundation, a walking encyclopedia. He can tell you about every single athlete that ever competed in the history of the Virgin Islands,” Premier Fahie said.

Among those at the event were Members of the House of Assembly, Governor John J. Rankin CMG and Deputy Governor David D. Archer. 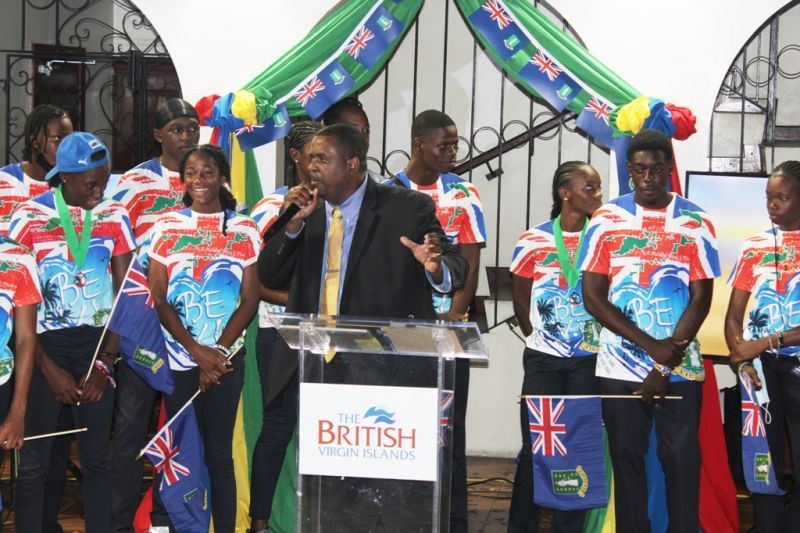 Premier and Minister of Finance Hon Andrew A. Fahie (R1) congratulated the team and noted that the VI athletes had everyone glued to their television and various devices. 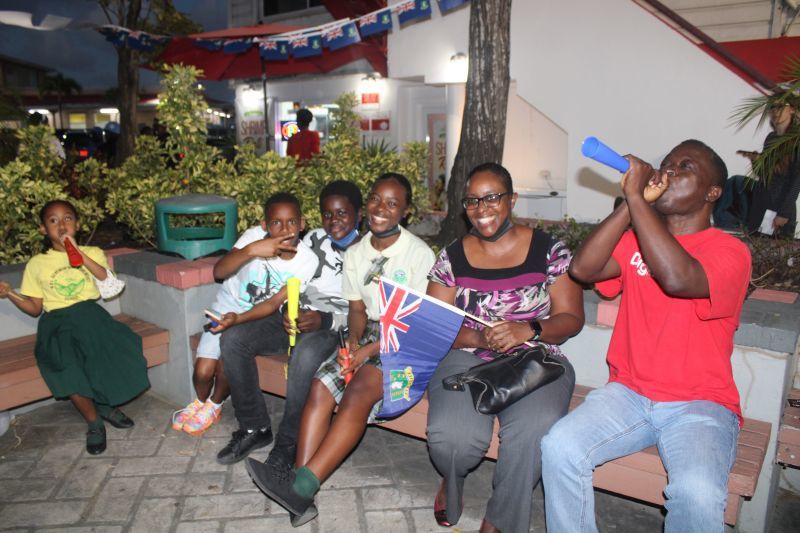 The crowd of residents, which included children and the elderly, eager to get a glimpse of the athletes waited patiently for the history making contingent for close to two hours. 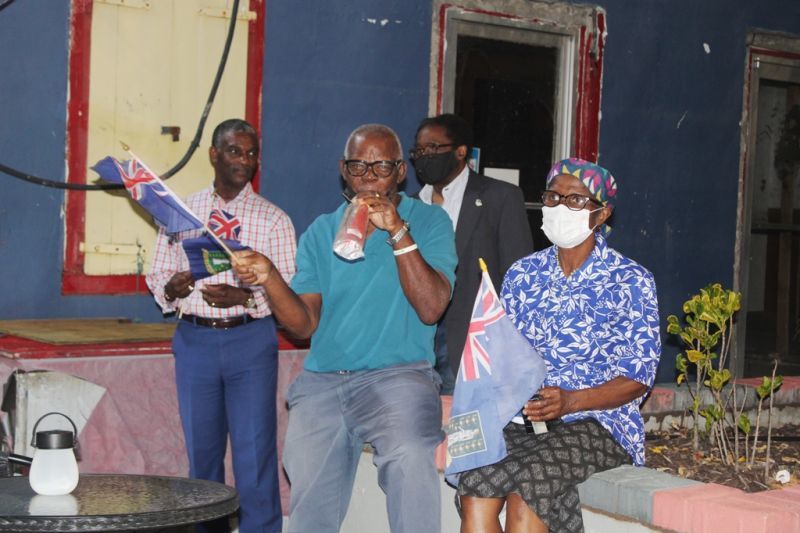 Some of the persons who were present at the BVILove Welcome Home Event for the Virgin Islands CARIFTA Games team.