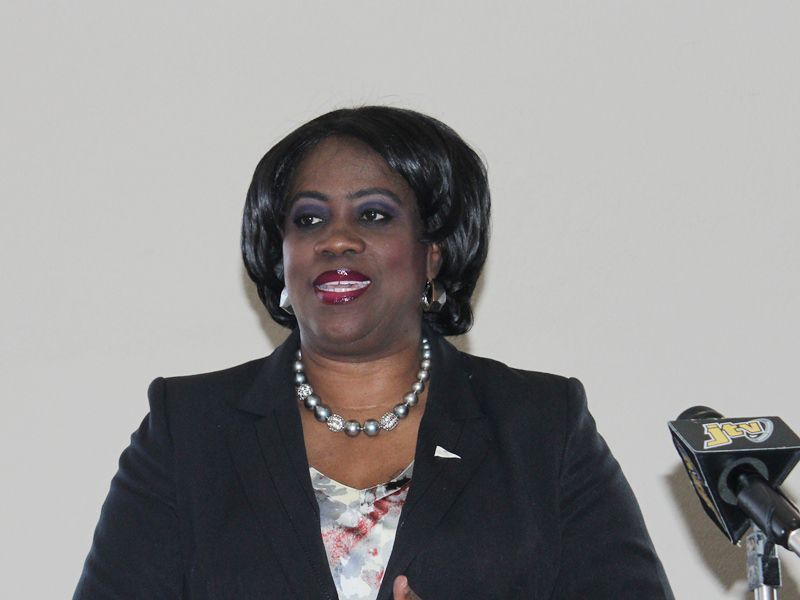 Ms Lynette L. Harrigan, Marketing Manager of the British Virgin Islands Tourist Board (BVITB) and former President of the Rotary Club of Tortola has been conferred with a Member of the Order of the British Empire (MBE) as part of the 2023 New Year Honours Overseas and International list.
Ms Harrigan’s honour is for services to International Travel during the COVID-19 pandemic and to the community in the Virgin Islands.

A MBE is conferred for achievement or service in the community which is outstanding in its field and has delivered sustained and real impact which stands out as an example to others.


While working at the Rotary Club of Tortola, one of Ms Harrigan’s passions was to ensure that no one would go hungry at Christmas.

In 2014, Virgin Islands News Online (VINO) reported that Ms Harrigan was able to mobilize a group of volunteers teamed up to do their part to ensure that this goal was accomplished.

“No one in our Territory should go hungry because they cannot afford to purchase food…. whilst we certainly subscribe to the old adage 'Give a man a Fish, and he will eat for a day; teach him how to fish and he’ll eat forever', few among us need to be assisted until they can fend for themselves,” she told VINO on December 23, 2014.
#the Virgin Islands  #COVID-19  #Covid