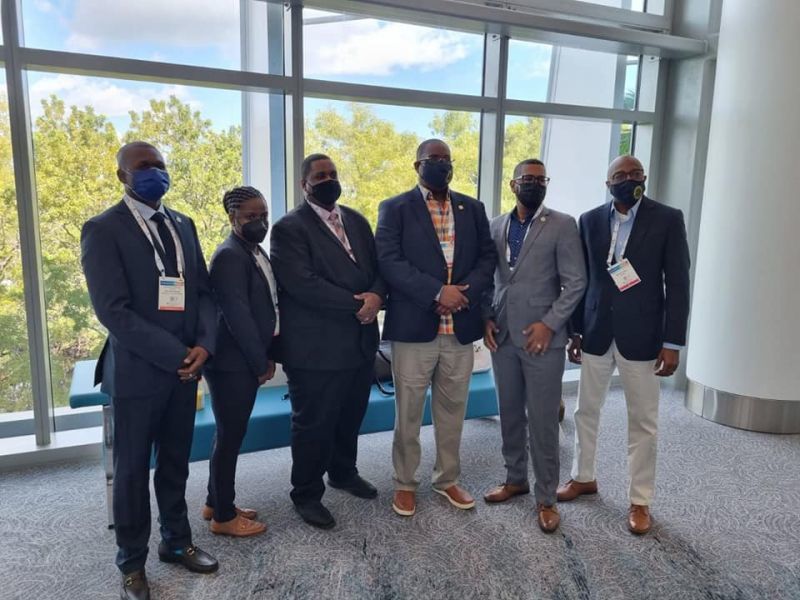 The Virgin Islands delegation led by Premier and Minister of Finance, Hon Andrew A. Fahie (R1) at the 2021 Seatrade Cruise Global conference held in Miami Florida has secured more cruise calls to the territory as the administration seeks to further boost cruise tourism numbers halted by the COVID-19 pandemic.

Premier Fahie indicated that Seatrade Cruise Global provides an opportunity for the delegation to meet with ports, cruise lines, and members of the international cruise community to source partners, network with peers both new and known, and to hear insights from leading industry players.

This he said comes as the VI Government is working toward ensuring a safe resumption of the local cruise industry.

The Premier in a social media update noted that his team also met with representatives from the neighboring U.S. Virgin Islands (USVI) to discuss the safe restart of passenger cruise in the region. 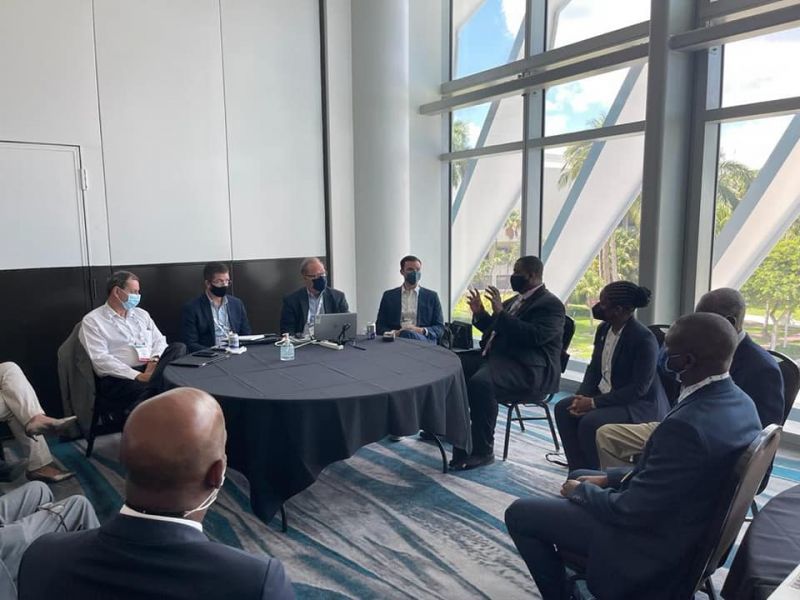 “Calls to the Virgin Islands were confirmed during these meetings. The dialogue was said to be beneficial in allowing parties to work together to ensure a safe resumption of the cruise industry in the Virgin Island,” Hon Fahie said.

The 2021 Seatrade Cruise Global conference which opened its doors on September 27, 2021, will see overall events running until October 31, 2021, for both in-person and virtual attendees.