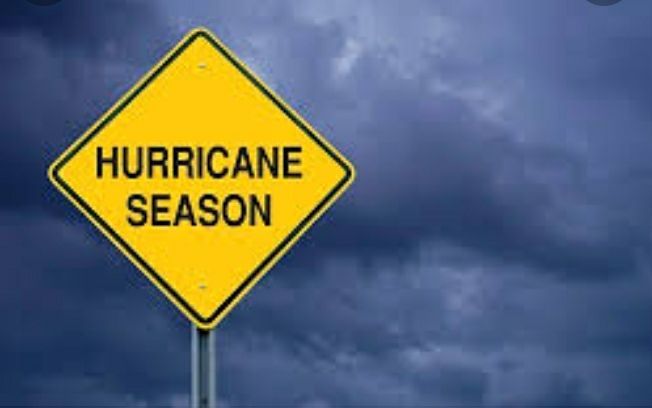 VI urged to prepare as hurricane season heats up

The Department of Disaster Management (DDM)’s Acting Director Mr Jasen Penn is urging all Virgin Islands residents to complete their seasonal preparedness activities as the region moves into the peak of the Atlantic Hurricane Season with two potential systems brewing in the Atlantic basin.

Mr Penn said that while there have been no named storms in the Atlantic since Hurricane Elsa dissipated in early July, August marks the transistion into the busiest portion of the season.

“This is the time of the season when sea surface temperatures are very warm, and we are far more likely to see systems develop into named storms and even hurricanes. Everyone throughout the region should be monitoring conditions closesly and carrying our their final preparations for the season,” Mr Penn said in a press release on August 5, 2021. 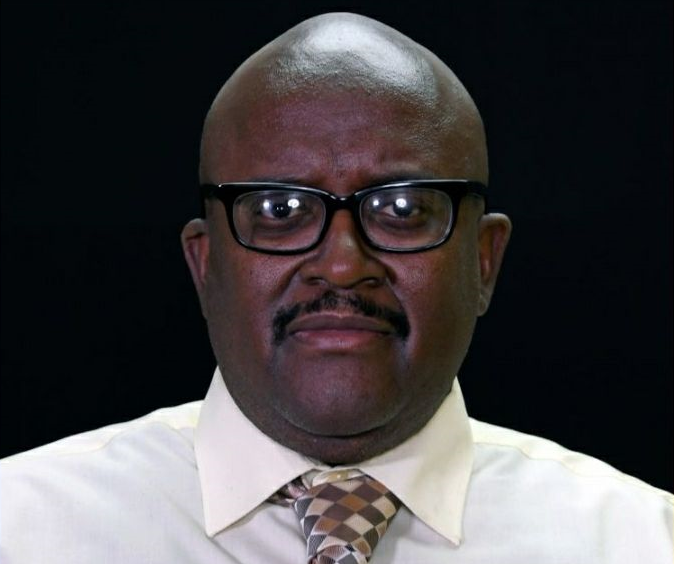 The Department of Disaster Management (DDM)’s Acting Director Mr Jasen Penn is urging all Virgin Islands residents to complete their seasonal preparedness activities as the region moves into the peak of the Atlantic Hurricane Season with two potential systems brewing in the Atlantic basin.

How to get prepared

The Acting Director is also urging residents get prepared by implementing specific measures such as downloading the DDM app to receive weather and emergency alerts, identifying a safe space in the home to shelter in place, and ensuring that the family has a well-stocked emergency supply kit that includes items like face masks and sanitiser to help protect against COVID-19.

Property owners were further encouraged to take steps to ensure that property is well prepared for wind and rain by inspecting roofing, windows, shutters, downspouts and cistern overflows; and property should be inspected to ensure that trees are trimmed and bulky waste is appropriately disposed of. 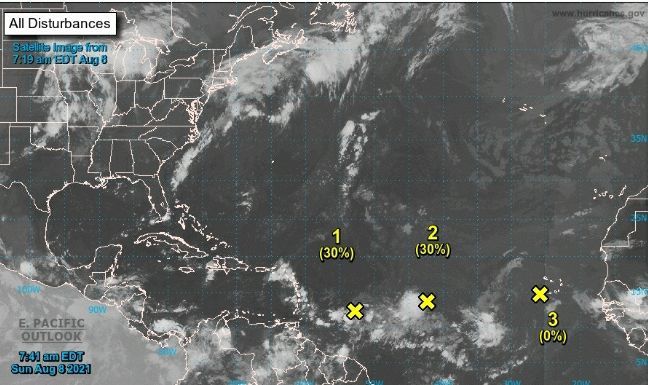 The outlook in the Atlantic basin by the National Hurricane Centre today, August 8, 2021.

While the low level of activity in July has led to a slight downgrade in overall predicted storm activity for this season, 2021 is still anticipated to be an above average hurricane season, according to the August 5 forecast report from the Colorado State University Tropical Meteorology Project.

The August forecast anticipates 17 named storms, compared to the average 14. The forecast further calls for the formation of eight hurricanes, including four major hurricanes, compared to the average seven hurricanes and three major hurricanes. Forecasters cited several factors as contributors to elevated storm activity, including above-average seas surface temperatures in the subtropical Atlantic paired little to no storm-inhibiting El Nino this year.

Persons are encouraged to visit www.bviddm.com for resources like emergency plan templates, a hurricane tracking map, emergency kit checklists, and information about tropical storms and other hazards.