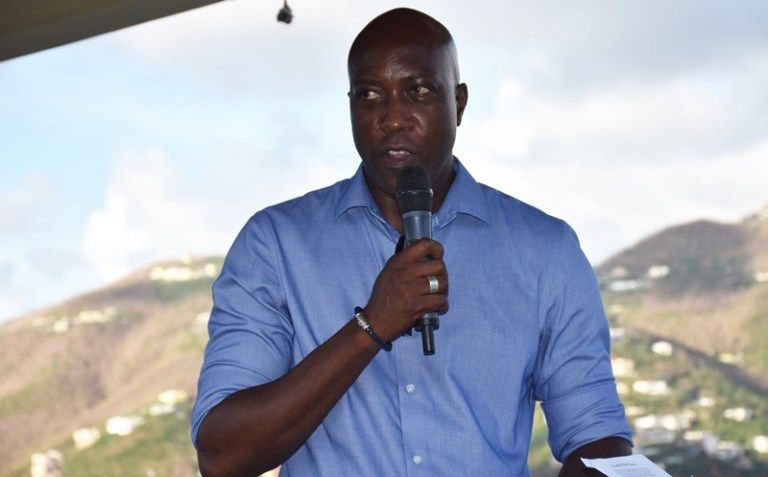 The Virgin Islands Party (VIP) government should not have adopted a hostile posture in its relationship with the United Kingdom after it entered office in 2019, former Education Minister Myron Walwyn has argued.

Walwyn, while appearing on the Talking Points show recently, made reference to a statement by Premier Dr Natalio Wheatley that his government is soon expected to seek a loan in excess of $50M to continue the territory’s recovery projects.

The former legislator argued, however, that the government could have acquired these funds on much more favourable terms.

“You could have borrowed that money a lot cheaper, a long time ago and a lot more progress could have been made if you just stayed the course,” the former minister stated.

According to Walwyn, things would have been much easier if the government simply moved forward with the UK’s £300 million loan guarantee offer and the incredibly low interest rate of less than two percent that accompanied the offer.

Walwyn reminded persons that the BVI is a dependent territory and that the UK is the administering power for the territory. “The relationship (with the UK) is important, we have to maintain the relationship,” he asserted.

“There was no need for this antagonistic relationship to the British government,” Walwyn argued.

According to the former legislator, even if the BVI becomes independent at some point in time, it should still remain good partners with the UK government because of its standing in the world.

Walwyn, in the meantime, said it was alarming that no follow-through took place on the loan guarantee, despite the fact that most of the negotiations had been worked out by persons within the NDP administration prior to losing office.

He pointed to a recent disclosure by Premier Wheatley that the loan guarantee offer is now lost, as the UK currently has its own internal issues with which it appears to be grappling.

The former legislator reflected on the current state of the territory’s infrastructure and argued that the BVI could not get money any cheaper than the low interest rate offered at that time.

“We could have laid out and put together a very good infrastructure plan for this country,” Walwyn stated. ”The opportune time would have been during the pandemic, to pave roads because there was nobody on the roads. We could have done significant work during that time.”

Back when the offer was still on the table, former Premier Andrew Fahie had expressed that the UK wanted to pressure Fahie’s government into accepting the loan guarantee on unfavourable terms and later shared details of what he termed an abusive relationship between himself and former UK-appointed governor, Augustus Jaspert.