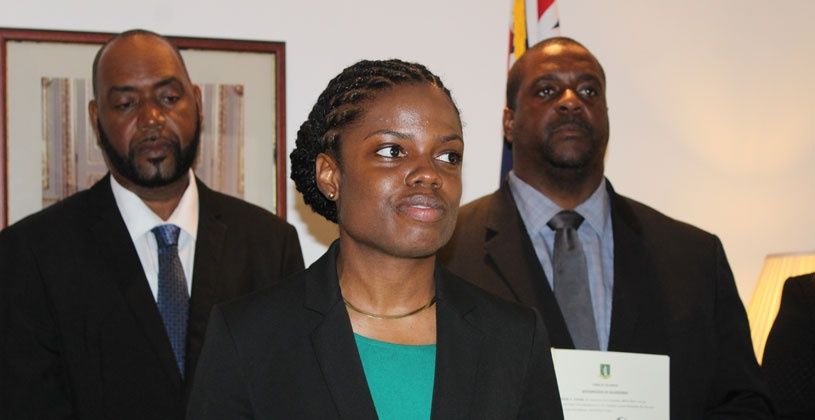 “I am always amazed how the media ask questions; you say, ‘if it’s a lack of trust’. No, ministers don’t have anything to hide,” he said in response to questions from reporters on Friday August 27.

The Finance Minister said his ministers have been busy holding community outreaches on the sister islands.

“…We have enough things to come to a press conference and talk but they have been doing that with the sister islands but you will be seeing more of them with press conferences. It’s not a matter of trust but of diversifying ourselves on other areas,” Premier Fahie stated.

He said they are committed to staying in constant contact with the residents on the sister islands.

“They are going to arrange that; their schedule for the sister islands have been very vigorous. We have pride ourselves in making sure that the sister islands are not left out like it has been over the past years. That is also a major factor and not just the press conferences,” he indicated.

The Premier mentioned several projects his government completed on the sister islands.

“After being here for just over two years some how persons as soon as we done a project, they forget, and they move on to the next problem…and forgetting that we are fighting the worst pandemic in 100 years,” he opined.

Premier Fahie said it was just the Virgin Islands Party (VIP) ‘luck’ to be in government during these trying times.

“It’s just our luck that we came in at a time when you are in the wake water of Irma and Maria and go right into COVID. Yet you have high demands with limited resources and the revenue stream have declined as a result of COVID. So, we have had a lot of challenges, but we sign up for it, but we have turned a lot of those challenges into opportunities,” he emphasized.
#Covid  #Fahie  #the Virgin Islands