Permanent Secretary in the Ministry of Transportation, Works and Utilities Mr Ronald F. Smith-Berkeley said if the leaks in the water network in the Virgin Islands are sealed, it would reduce the haemorrhaging of money that currently exists in the Water and Sewerage Department (W&SD).

During the Standing Finance Committee to Examine the Draft Estimates for the Year 2022 held at Maria’s By the Sea, PS Berkeley was asked by the Minister for Natural Resources, Labour and Immigration Hon Vincent O. Wheatley (R9) that “year after year we come back with the same discussions when it comes to Water and Sewerage. Of the $28 million that was spent and only collected $5 [million] sounds like a $22 million deficit. My question is what are we doing to reduce that?” 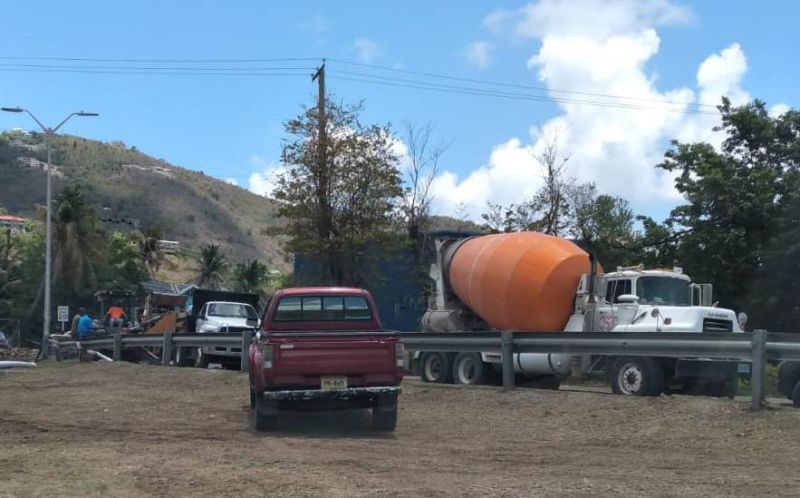 The SFCR said PS Berkeley replied that in the previous session the Director of the Water and Sewerage Department alluded to the fact that there are some issues relating to leakages in the system and with the collection.

“If the leakage issues are plugged, that should reduce wastage. With regards to the deficit, there are about $6 million that they are trying to collect. We are aiming to collect the bigger amounts which hopefully should help to reduce that big deficit,” PS Berkeley stated.

The issue of the Water and Sewerage Department (W&SD) carrying a significant deficit yearly has been a long-standing issue.

'Haemorrhaging' of $$ must stop- Premier Fahie

In November 2021, Premier and Minister of Finance Honourable Andrew A. Fahie (R1) publicly called for the “haemorrhaging” of roughly $22 million per year by the department to stop.

The Premier said a major part of the problem is the old infrastructure and plans are afoot to transform the W&SD into a statutory body that would pave the way for more autonomy for the department to tackle some of the issues affecting it that it is unable to take on under the present arrangement.

He also mentioned that digital meters will be replacing analogue meters to help with the issue.