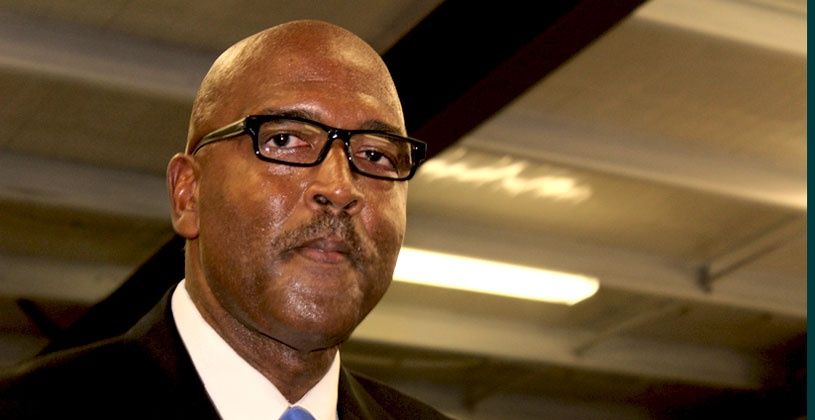 Wade Smith Defends Use Of Barges For Border Security

Commissioner of Customs, Mr. Wade Smith defended the Government's decision to pay $360,000 for radar platform services between December and January, stating that the barges provided 24-hour security and were equipped with washroom facilities, among other reasons.
Smith was at the time responding to questions on May 11 from Commissioner Sir Gary Hickinbottom of the Commission of Inquiry (CoI).

He also pointed out to the 'high traffic' between the US and the British Virgin Islands.

"The Virgin Islands, the British Virgin Islands is probably the closest to the United States of any other country. We are only separated by less than three-quarters of a mile at the western end of Tortola and the eastern end of St. John. There is a lot of high traffic of people moving between the territories all day, all night, and the barges give you that coverage, give you that 24-hour security," Smith noted.

He added, "Again, right now, we're pretty comfortable, we're pretty relaxed, and we've forgotten what it was like a year ago today. A year ago today, no one wanted to leave their home, people were scared, they were terrified, and these barges became a household name, Commissioner, where everyone was communicating, WhatsApp'ing pictures, sending pictures around once they saw those barges in position."

Smith pointed out that the smaller boats do not have bathroom facilities and that the Joint Task Force comprises men and women.

Commissioner Smith also informed that another company with similar equipment wanted to be paid $15,000 a day for one vessel, as opposed to $14,000 a day for three vessels that the winning proposal from EZ Shipping Ltd provided.
#CoI  #Hickinbottom  #Commission of Inquiry  #the Virgin Islands