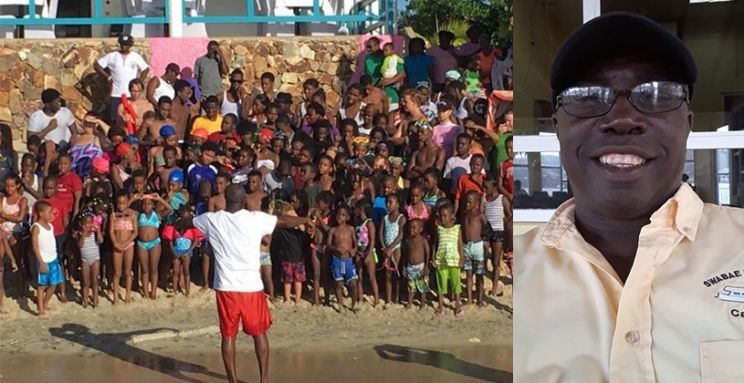 After a lull of a few years, Wahoomania is making a comeback in Virgin Gorda this Easter weekend.

President of Virgin Gorda Fishermen Cooperative and the organizers of the Wahoomania, Michael Collins, told BVI Platinum News that the event is scheduled for Saturday, April 3rd at the Virgin Gorda Yacht Harbour.

Apart from the competitive side of the event, Collins explained that Wahoomania also doubles up as a fundraiser for the annual summer programme held by the Cooperative.

“We are trying to raise funds for the annual summer programme which we have during July and August where we teach for free, sailing, surfing, scuba diving, fishing, swimming, and a lot of marine-oriented activities,” he remarked.

He informed that the event had a hiatus last year, and this November they are planning for a major event to mark their 20th anniversary.

Apart from the free lessons, he said students who attain all A’s in their academic reports would be rewarded with a laptop.

“So we give them an incentive so they can do well in school, which is very good for the community,” he added.

Collins stated that between 15 to 20 boats are likely to participate in the event.

On the day of the event, fishing starts at 6 am and closes at 5 pm.

“Weighting starts at 5 pm, and anyone coming in at 5.01 will be disqualified,” he remarked.