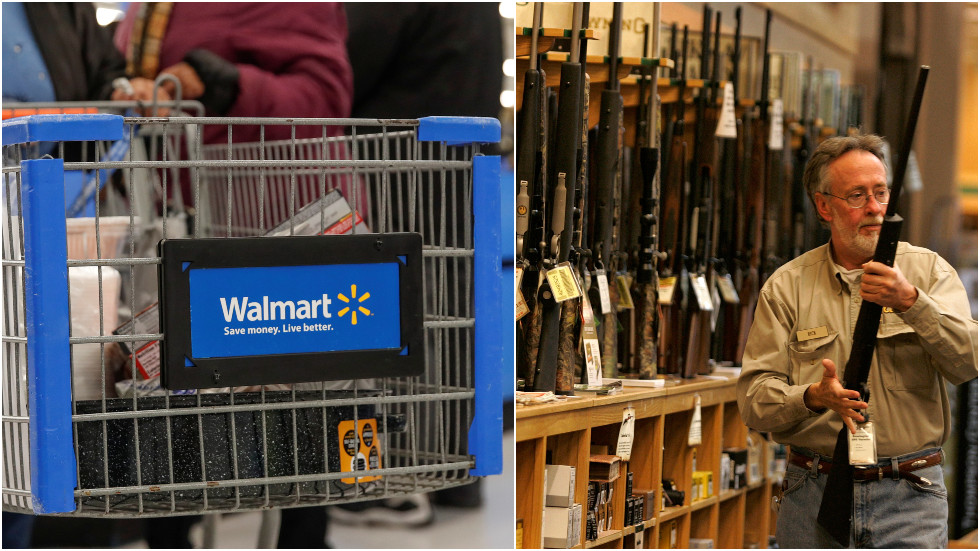 Walmart has reversed course on a decision to yank firearms and ammunition from sales displays less than 24 hours after announcing the move amid a spate of looting in US cities. The company now says the unrest remained “isolated.”

The retail giant noted the about-face on Friday, saying guns would be returned to store shelves just one day after they were pulled, initially deemed a precautionary measure as heated anti-police brutality protests across the country erupted into riots and looting.

“After civil unrest earlier this week resulted in damage to several of our stores, consistent with actions we took over the summer, we asked stores to move firearms and ammunition from the sales floor to a secure location in the back of the store in an abundance of caution,” a company spokesperson said in a statement.

"As the current incidents have remained geographically isolated, we have made the decision to begin returning these products to the sales floor today."

Demonstrations in Philadelphia this week over the fatal police shooting of Walter Wallace Jr., a black suspect killed during a confrontation with officers, ignited several days of rioting and unrest in the city, which saw at least one Walmart location targeted for looting.

It is unclear what prompted the abrupt reversal from Walmart, as its announcement on Thursday also referred to “isolated civil unrest,” however as protests have begun to calm in Philadelphia and National Guard troops hit the streets, the company has apparently determined its vast cache of firearms and munitions is safe from plunder.