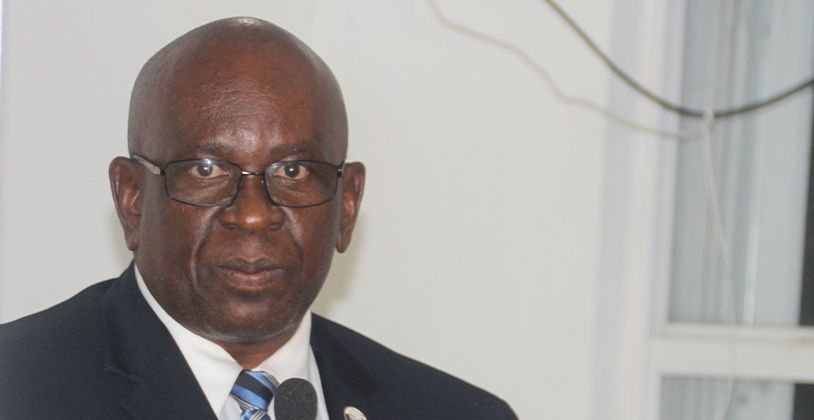 Was Former AG Used As Scapegoat At CoI?

Was the former Attorney General (AG) Baba Aziz used as a scapegoat during the testimony of Health Minister Hon. Carvin Malone to the Commission of Inquiry (CoI) yesterday, September 7?

During the live hearing, the topic being discussed was the removal of members on statutory boards.

According to Counsel for the CoI Mr. Bilal Rawat, shortly after taking office in 2019, Cabinet met and discussed the issue, and there were minutes of the meeting which revealed that ministers, including Hon. Malone said that ministers had to be comfortable with the members on statutory boards.

It was further revealed that board members should help fulfil the new government’s mandate and hence, there were seemingly good reasons to revoke existing members who were appointed by the previous administration.

When questioned about the matter, Hon. Malone said the powers used by Cabinet to revoke members did not arise out of the Acts governing the statutory bodies, such as the BVI Health Services Authority Act 2004 or the Interpretation Act; rather, it came from the AG.

Commissioner Sir Gary Hickinbottom asked: “The power may have risen from somewhere else I understand, you said that it did; it didn’t arise out of this Act.”

Mr. Rawat then pointed to a document with the heading ‘legal implications’, and he said this section indicates that no specific provision is in the BVIHSA Act for the removal or revocation or appointment of members of the board.

However, section 20 of the Interpretation Act gives any person the power as the authority to remove the appointee, which must be done in good faith and be reasonable et cetera.

“The reason provided in the Cabinet paper was the discretion to revoke. Was that the further advice that you?” he asked Hon. Malone who affirmed that it was so.

Mr. Rawat continued: “It seems to be inconsistent… because the wording of the [Interpretation] Act provide specific provision for the removal of people appointed to the Board, doesn’t it?”

Hon. Malone started to reply: “Well, that’s a legal sentence that my legal…” but was cut off by Mr. Rawat, “With respect, it is not a legal sentence, it is what the Act says.”

Hon. Malone then said: “Ok fine, we relied on the advice given, and that’s what we did.”

Mr. Rawat then asked: “Let’s take it in stages, do you accept that’s what the Act says? This piece of advice is wrong because the Act does offer you a basis to remove people.”

Hon. Malone replied: “Well, I cannot go and say that the legal advice that we were relying on is wrong; I relied on this by the Attorney General.”

After listening to the exchange, the Commissioner interjected: “Can I just be absolutely clear because in the letter which you kindly responded, it said it was a legal proposition that you relied upon, that you must provide legal submissions, and none have been provided. What you are saying is you had legal advice – you must correct this if it is wrong – from the AG that there was no specific provision in the Act for the removal and or revocation of the appointment of members from the board and consequently section 20 of the Interpretation Act?”

Rawat then countered the Health Minister saying: “You were by then you said familiar with the Act itself.”

Mr. Rawat added: “but earlier, the impression you gave is you were a diligent minister who would read paper, and you would make sure that you knew your bases.”

“Well it fits the narrative in which you are saying it, I am saying that I said, we were just elected in February, we weren’t sworn into the office until March 15, and here we are a few days later in terms of having this; but we read in between that time we were selected as being ministers. We had to become familiar not only with this but all of the other authorities. I am much more versed in the different Acts in the Ministry than I was 45 days into the ministry,” Hon. Malone said.

Mr. Rawat then asked the Health Minister if at the time he or anyone raised with the AG or drew the AG’s attention to the provisions in the Interpretation Act by which you could revoke a member of a board.

Hon. Malone said he believes the legal implications were clearly stated: “it says that section 20 of the Interpretation Act Cap. 136 is what we relied on in this particular instance.”

Commissioner Hickinbottom, picking up on the inconsistencies in the minister’s response, pointed out: “You said you relied on the AG’s advice, do we have any advice?” he asked Mr. Rawat, referring to the Cabinet minutes, to which he replied in the negative.

Hearing this, Hon. Malone said, when the AG was asked for his legal advice, “he said that the Interpretation Act was actually relied on,” which was in relation to all legislation relating to statutory boards.