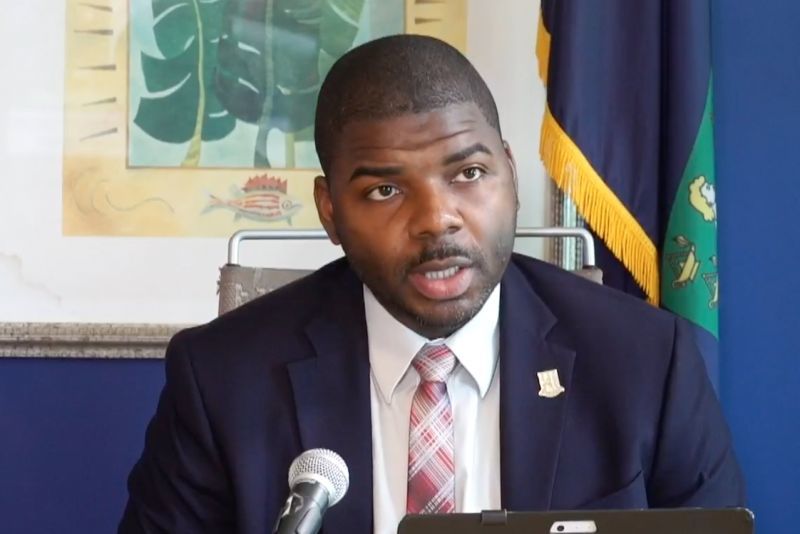 Virgin Islands Premier and Minister of Finance, Dr the Hon Natalio D. Wheatley (R7) says his Government of National Unity continues to deliver on the CoI recommendations in keeping with the agenda as agreed to with the United Kingdom (UK).

During a press conference alongside Governor John J. Rankin, CMG on August 10, 2022, the Premier said as such, The Virgin Islands Constitution (Interim Amendment) Order 2022' was laid before the United Kingdom (UK) parliament on June 9, 2022, should be withdrawn and his government intends to have discussions with the UK on the matter.

“It is my intention to… along with the minister who will be accompanying me to the joint Ministerial council in November, this is the proper forum for us to have that type of discussion," he said.

“I do plan to put forward to the Minister that we believe that the order should be withdrawn," he told reporters.

The Premier said; however, that leading up to the Join Ministerial Council Meeting in the UK, he believes that it is important for VI to make good progress in implementing the recommendations.

"We have been able to make good progress thus far to work collaboratively to implement these reforms and to instill confidence not only in the United Kingdom Government but in the people of the Virgin Islands that we are committed to implementing the reform agenda and I think that confidence would be important and the progress that we make will be important at the JMC," he added. 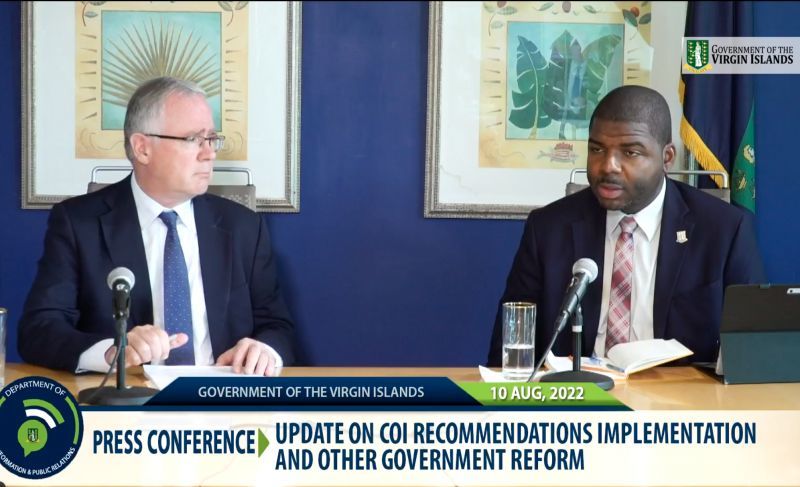 During a press conference alongside Governor John J. Rankin on August 10, 2022, the Premier said as such, The Virgin Islands Constitution (Interim Amendment) Order 2022' which was laid before the United Kingdom (UK) parliament on June 9, 2022, should be withdrawn and his government intends to have discussions with the UK on the matter.

Progress being made - Premier

Meanwhile, the Premier in his speech said one progress is that in accordance with Recommendation B7, preparations are underway to commission a Review of Social Assistance Benefits and Grants Administration Systems in the Virgin Islands, with technical and financial support from UNICEF.

“The Terms of Reference were finalised in consultation with the Governor and Minister for Health and Social Development, issued by UNICEF along with a Request for Proposal to potential bidders, and will shortly be submitted to the Cabinet, together with an update on the Project.”

He added that July also marked the first month of the Transition Grant Programme being implemented by the Social Development Department in fulfillment of Recommendations B8 and B9 of the recommendations.

“The Department dispatched social workers into communities, including the Sister Islands, and commenced the use of a digital system to capture the information needed for registration and enrolment of beneficiaries [referred from the House of Assembly] into the Public Assistance Programme (PAP)."

He said the electronic registration tool, developed with assistance from the World Food Programme, is being piloted among transitioning beneficiaries and it will provide an added advantage of enhancing the transparency and objectivity of the validation process undertaken by the Public Assistance Committee.