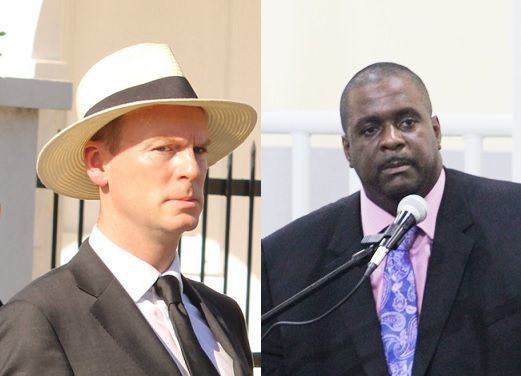 Premier and Minister of Finance Hon Andrew A. Fahie (R1) has said there are many things in the Virgin Islands Constitution Order 2007 that are crystal clear but because it is for the benefit of the VI people it has to be fought for.

He said this was one of the reasons his government go into a fight with the controversial ex-governor Augustus J. U. Jaspert.

Premier Fahie was at the time wrapping up the debate on the motion to extend the appointment of Jeanette Scatliffe-Boynes as Acting Director of Social Security Board (SSB) for another six months at the Eleventh Sitting of the Third Session of the Fourth House of Assembly held at Save the Seed Energy Centre in Duff’s Bottom on August 26, 2021.

The Premier was highlighting how his Virgin Islands Party (VIP) Government has been fighting to get locals to be confirmed to positions and to take up top positions in their own country.

Under the Fahie-Government, the posts of Attorney General, Superintendent of Prisons and Director of Public Prosecutions (DPP), have been occupied by locals after being held by expatriates, including from the United Kingdom (UK), for many years.

“I know, Mr Speaker, when we started to fight forward in the constitution, and the constitution says clearly that that Attorney General must be selected once there is anyone with at least 10 years’ experience and we know we had gotten in a fight with the last Governor because they wanted to ignore what the Constitution was saying.

“But we fought forward for our people, we didn’t know who was going to get the post, we didn’t have control of that but we stuck to the constitution.”

‘VI shouldn’t have to fight for what is in constitution’

Premier Fahie said credit must be given to former Premier Dr D. Orlando Smith for putting that section about the AG’s post in the constitution when it was being negotiated with the UK.

“But if you don’t fight for what is yours it will be taken from you, because we were given all kind of legal jargon why it can’t happen and why it can’t this, and this is no offence to the last Attorney General [Baba F. Aziz], it’s no offence to anybody, but when you have put things in there [the constitution] for people to progress you have to fight for those things. And you shouldn’t because it is there in the constitution.”

The Premier reiterated that even with certain things in the constitution being crystal clear, they still have to be fought for.

“But I am understanding more and more that once it is dealing with our people, whatever is in the constitution, in the laws, it’s clear if they are in violation of it, but if it is something to benefit them all of a sudden whatever is in the constitution and the laws is fuzzy and hazy, and you have to be battling ahead for something that is so crystal clear that even a little child could read it and understand it,” Premier Fahie said.

Meanwhile, ex-governor Jaspert appeared to have the ‘last lick’ as he called a Commission of Inquiry into governance in the VI in the height of the global coronavirus pandemic and mere days before he exited the territory permanently.

Jaspert had schemed with the Foreign and Commonwealth Office to launch the CoI and even collaborated with the UK press to give the announcement legs on the international scene.

The VI government and the local press found out after. 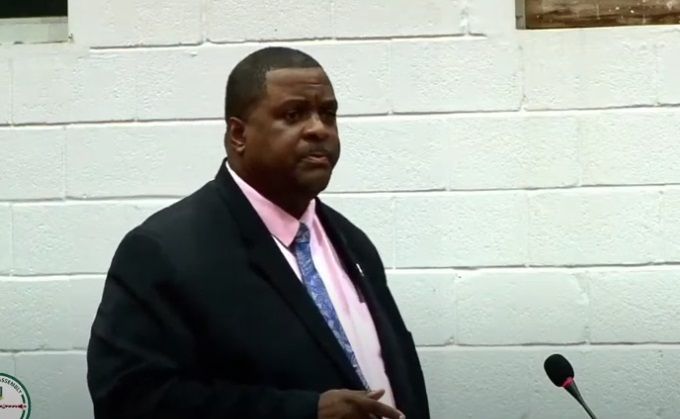 Premier Andrew A. Fahie (R1) speaking during the debate on the motion to extend the appointment of Jeanette Scatliffe-Boynes as Acting Director of Social Security Board (SSB) for another six months at the Eleventh Sitting of the Third Session of the Fourth House of Assembly held at Save the Seed Energy Centre in Duff’s Bottom on August 26, 2021. 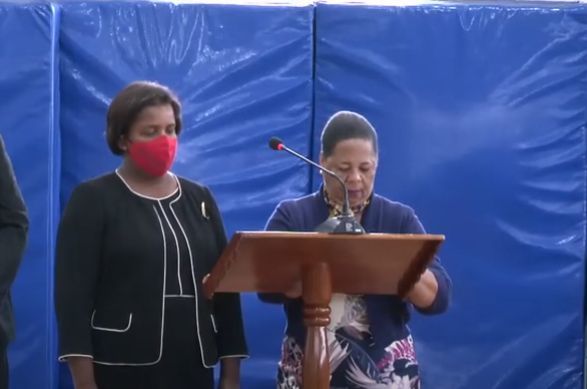 Dawn J. Smith, left, is the first local attorney general of the Virgin Islands in some 2 decades.