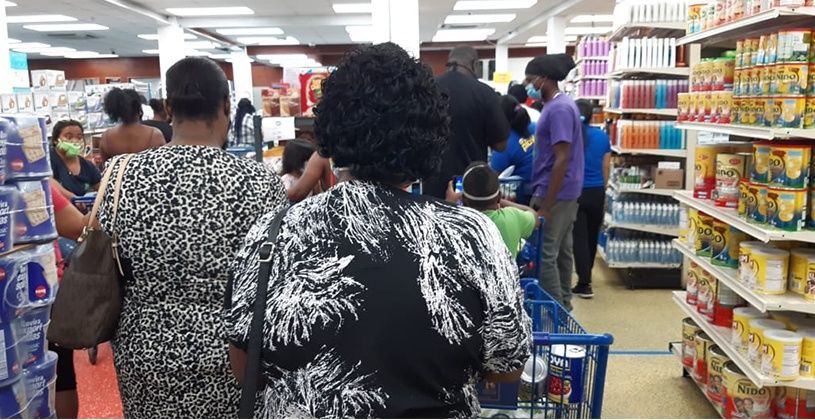 We Got Too Comfortable

The cause for the current outbreak of the dreaded COVID-19 virus in the BVI may be due to residents becoming too comfortable following the reopening of the borders. This was suggested by the Territory’s leader, Hon. Andrew Fahie.
In his first address to the Territory since the upsurge which started over the last few days, Premier Fahie during a statement on Friday evening, July 9 said, there is no magic to how they will turnaround the current situation other than through prayers, and adhering to all approved health protocols.

“I believe that many of us had the notion that when the borders reopened that the protocols were only for those coming in through the controlled process. So we became complacent rather than vigilant, forgetting that COVID-19 never left as persons could have still been walking around asymptomatic,” he said.

He stressed, “we got too comfortable.”

The most recent COVID-19 data which the Premier provided last evening was that of 821 active COVID-19 cases and two additional deaths in the past two days, bringing the total deaths to three since the virus hit the Territory in March of 2020.

Premier Fahie said that the government and people have been working hard to avoid the current situation.

“This is a situation that we all worked hard over the preceding 15 months to avoid. But unfortunately, despite all our efforts and all our sacrifices, we are now faced with community spread,” he said.

According to the Premier, the evidence is clear that the measures implemented by the Government since the start of the pandemic were working.

“They worked because everyone played their part by adhering to the quarantines and curfews, washing hands and sanitising, wearing masks and maintaining social distance. Already during the pandemic, we have had glimpses of how fragile the situation is,” he opined.

The Finance Minister speaking to the recent measures implemented including a daily curfew between 7.00 pm to 5.00 pm, said that these are efforts to get the situation under control.

“We have been working to develop and implement a four-to-seven-week plan of how we project to get the numbers down, stop the spread and increase vaccination. This plan was shared by the Minister of Health as he outlined the Cabinet Decision last evening,” he explained.

He also spoke to what his government has done in the past months to adjust to the new regular of living and working with COVID-19.

The Premier added, “we have boosted our health infrastructure, refurbished the old Peebles Hospital into a major COVID-19 centre, invested in our own testing lab at the Dr. D. Orlando Smith Hospital, we have implemented effective protocols, and we have made vaccines and testing available with the assistance of the UK.”

Mr Fahie assured that government and the relevant agencies continue to be guided by the BVI’s very competent and qualified medical professionals.
#COVID-19  #Covid  #Fahie  #Vaccines