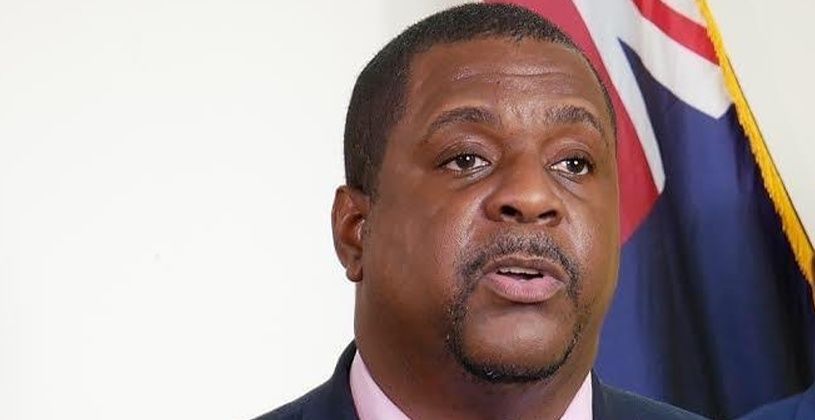 We Were Never Told Removing Board Members Was Unlawful

Former Attorney General (AG) Baba Aziz was again blamed for the manner in which the newly installed Hon. Andrew Fahie- administration went about revoking all except ex-officio members from all statutory boards in 2019.
During the live Commission of Inquiry (CoI) hearing today September 14, the topic of discussion was the removal of members on statutory boards.

According to Counsel for the CoI Mr. Bilal Rawat, shortly after taking office in 2019, Cabinet met and discussed the issue, and there were minutes of the meeting which revealed that ministers had to be comfortable with the members on statutory boards.

It was further revealed that board members should help fulfil the new government’s mandate, and hence, there were seemingly good reasons to revoke existing members who were appointed by the previous administration.

Premier and Minister for Finance Hon. Andrew Fahie, who is appearing before the CoI, in response to the inquires, said: “It did not mean that it was unlawful because the Attorney General did not state that, and it did not mean that persons who were on them were not going to return. It was going to be a fresh look at it because there are persons on the board that returned.”

Commissioner Sir Gary Hickinbottom then replied that from documents presented in the CoI, the former AG said one should provide reasons for the removal of persons and suggested that it is better to provide reasons.

“The AG advised that if this administration wants to be a government consistent of good public administration, then reasons must be given for the removal of members of boards. It doesn’t say so expressively, but it seems to me that the AG did have some concerns about this policy,” the Commissioner expressed.

Premier Fahie then replied that it was factual, that the AG had some concerns.

“The AG had some concerns about the process but when asked straight, as clear as could be, “is it unlawful?” The AG never gave us a direct answer that, “yes it is.” He continued, "had the AG stated to us at any stage that one, there was no lawful way we could’ve revoked the appointments of these boards on the basis of the new policy, we would have asked him on how to proceed to achieve the government’s policy and follow that advice,” he remarked.

Recently during his testimony before the CoI, Health Minister Hon. Carvin Malone also said the authority to revoke boards did not arise out of the Acts governing the statutory bodies, such as the BVI Health Services Authority Act 2004 or the Interpretation Act; rather, it came from the AG.
#CoI  #Hickinbottom  #Commission of Inquiry  #Fahie