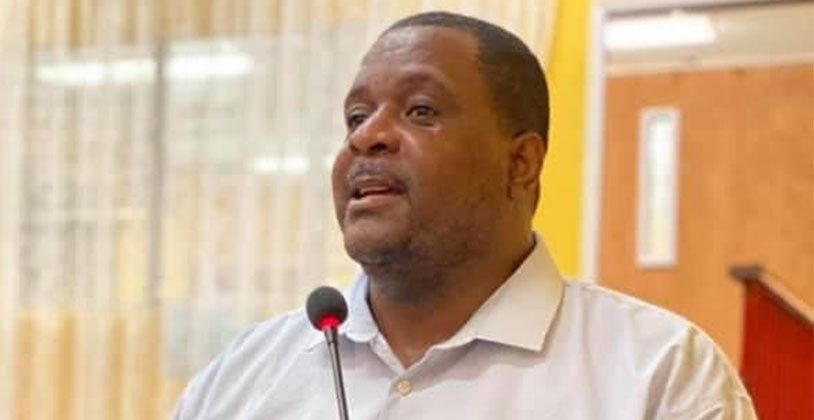 We Were Not Excessively Lax- Premier On Stimulus Grants

Premier and Minister for Finance Hon. Andrew Fahie has again come to the defence of his administration for issuing COVID-19 stimulus grants to farmers, fisherfolk, religious and other organizations.

In a statement issued moments ago, October 7, the territory's leader also took a swing at the Auditor General's Report on the stimulus initiative.

He said when COVID-19 hit, the Government wanted to help the people.

"We have been criticized for what we did by the Auditor General. The people must be told the facts. The Government provided help in good faith to meet real needs."

He continued: "In those terrible circumstances, it was not excessively lax or too generous in the provision of public funds. People faced real suffering because of the COVID emergency, and it was our duty to help. I would have done more, not less, if I could."

"The emergency aid package to farmers and fishermen was specifically intended to deliver an immediate shot in the arm to keep economic activity going in these vulnerable sectors, to increase the numbers who were registered with the Government, and to provide encouragement to farmers and fishermen who had ceased to be active due to the 2017 hurricanes and increase local production. The policy succeeded in those goals," he stated.

He also mentioned that assisting the farmers has now resulted in local produce being more commonplace.

"This shows that our efforts to improve local food security are working, so that we are less dependent on external supply chains," he pointed out.

The Premier also said the claims that some fishermen on the same boat received grants for the same equipment is answered by the fact that "in many cases cited by the Auditor, the masters or owners and the crew members each own their own boat and applied for help with different engines on their different vessels. Yet, unfortunately, that does not appear to have been checked by the Auditor General."

Furthermore, he described as an "unfair allegation" in the Auditor General's report that churches received "unsolicited and extravagant public grants" and that this presented "a threat to their political independence".

He countered that churches of all denominations received help that was needed to support their community work.

"Could the schemes have been technically better executed? Possibly. We need a modernised and well-trained public service with much better technical skills. But in the crisis that engulfed us in March last year, the public service did its best. Its only motivation was to get help to as many people in these sectors as fast as it could."

He added: "No reasonable or genuinely impartial observer of these matters, having looked at the facts, could possibly conclude that we were wrong to make payments in the ways we did."

The report in question was a matter that greatly examined during the ongoing Commission of Inquiry (CoI).

The Premier's Office, which administered the COVID-19 stimulus grant initiative, has been accused of significantly inflating the payments so that they exceeded the amounts individuals actually applied for.

Specifically addressing findings on the farmers' grant, the report revealed that farmers were paid in some cases, three times the amount they requested from Government.

Counsel to the CoI, Bilal Rawat, highlighted part of the report which identified a sample of requests made by 70 farmers which totalled $351,713. However, according to Rawat, the amount actually paid to those 70 individuals totalled just over $1M.

According to Webster, the qualification for the grant was that you either had to be registered with the Agriculture Department or present an affidavit that you are indeed a farmer for the past three years.

Webster again agreed that there was no information received as to how unregistered farmers qualified for the grant award.