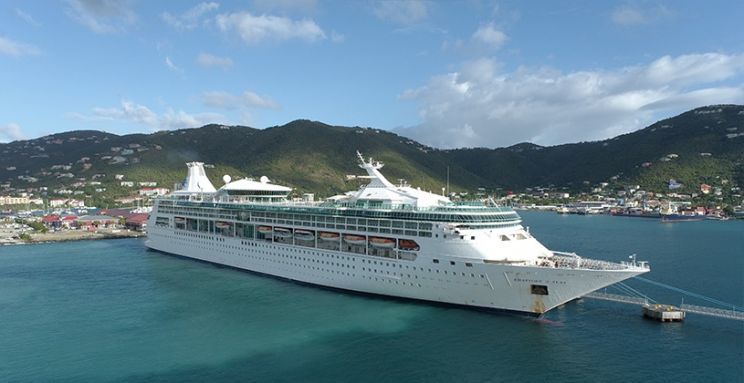 Premier and Minister for Finance with responsibility for Tourism Hon. Andrew Fahie has revealed that the COVID-19 Management Plan for the cruise industry, which is expected to reopen in June, is still in the discussion phase.
The Premier’s revelation came during the question and answer segment of the House of Assembly's (HoA) sitting on Thursday, May 13.

He was asked by Opposition Leader, Hon. Marlon Penn, to indicate to the HoA what is the administration’s plan for welcoming cruise passengers back to the BVI in June 2021.

He added, “The contents of this plan will consider recommendations from the cruise lines who are part of ongoing discussions as well as other Caribbean guidelines that have been developed for the safe resumption of cruise ships for operations within the region and abroad cruise vessels. The proposed plan will speak to the minimum condition to receive a passenger ship at the BVIPA cruise pier.”

Furthermore, the Premier revealed that the plan would also seek input and guidance from an inter-agency group which will include the Ministry of Health, the BVI Tourist Board, Her Majesty’s Customs, the Immigration Department and other private sectors, including local cruise and tour operators.

“The objective of the proposed plan would be to send out the protocols for the safe acceptance of the cruise calls at the cruise pier and anchorage during a pandemic.”

He informed that it would replace the current protocols until the Health Emergency Operations Centre states otherwise and the return to normal of operations procedures are reestablished by the BVIPA, adding that discussions are ongoing and details will be shared with the HoA once completed and approved by Cabinet ‘in short order.”

After hearing the Premier’s response, Hon. Penn pointed out, “I just want to note that we are in the middle of May, and essentially we have about two weeks to get our operators prepared for the arrival of cruise ships. And I think it is imperative and this is a question that came from the public, that persons know what is expected of them.”

He said he was asking the question on behalf of the people “because they are concerned and they need to know what is the protocol for them in terms of getting ready for the acceptance of these vessels into the territory. So I believe that is something that is important for the people of this territory and those in that industry and those who are affected by this industry, so I am here as an advocate on their behalf.”

Responding to Hon. Penn, Premier Fahie remarked that his administration was also for the people.

“The people speaking to us too and Mr. Speaker we have not left them out of the conversation,” the Premier stated.

He informed that the authorities from the Ministry of Health, as well as the Ministry of Transportation and other ministries, have had meetings “and we have more meetings coming up with them.”

“This is an ongoing process, and more and more certain adjustments are being made without compromising the health and safety of the people of the Virgin Islands and the visitors,” the Premier stated.
#COVID-19  #Covid  #Coronavirus  #Fahie  #the Virgin Islands