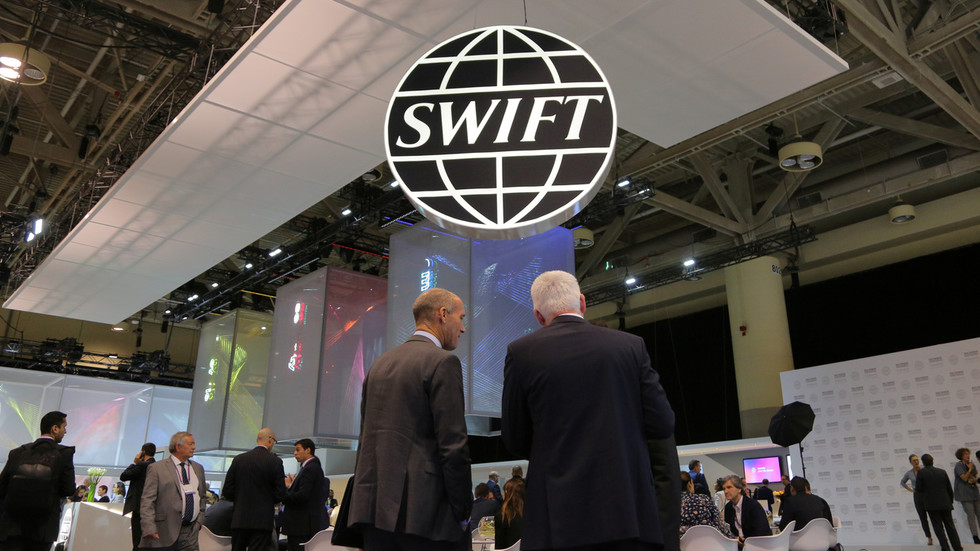 West would ‘screw itself’ by cutting Russia off from SWIFT – Moscow

The effects of shutting the country out of the banking network would be felt throughout Europe, Moscow says
If the West follows through with its threats to shut Moscow out of the SWIFT financial transaction system, other states will feel the consequences, Russia’s finance minister has cautioned.

Speaking as part of an interview with Rossiya 24 TV channel on Thursday, Anton Siluanov warned, “who benefits from the disconnection from SWIFT? No one.”

“They only screw themselves over, as they say,” the minister said, pointing out that “Russia is a participant in the global market.”

According to Siluanov, such a move would hinder European companies that actively trade with Moscow.

“What will happen to European consumers of hydrocarbons [if SWIFT is cut off in Russia]? How will they pay us? Or will they refuse our exports? No, of course not. Will they have to settle the payment? Yes,” he explained.

His remarks come amid threats from the West to punish Russia if its troops were to invade Ukraine. On Tuesday, the head of the ministry’s economic cooperation department, Dmitry Birichevsky, cast doubts on the prospect of Moscow being disconnected from SWIFT due to the fact the system is run by an international private company, headquartered in Belgium, and there is no clear mechanism for American officials to persuade it to do so.

The European Parliament adopted a resolution on December 16, which said any new sanctions package should entail “the exclusion of Russia from the SWIFT payment system,” as well as the targeting of vital sectors of the country’s economy.

Earlier this month, US Under Secretary of State Victoria Nuland said that Washington, alongside a number of its partners in Western Europe, is mulling isolating Moscow from the global financial system in the event of a full-blown offensive against its neighbor.

Just a day before Nuland's threat, US news agency Bloomberg published a report which suggested that Washington could target major Russian banks and could even disconnect Moscow from SWIFT. The Kremlin, however, has repeatedly rejected the accusations that it is planning an incursion into Ukraine.