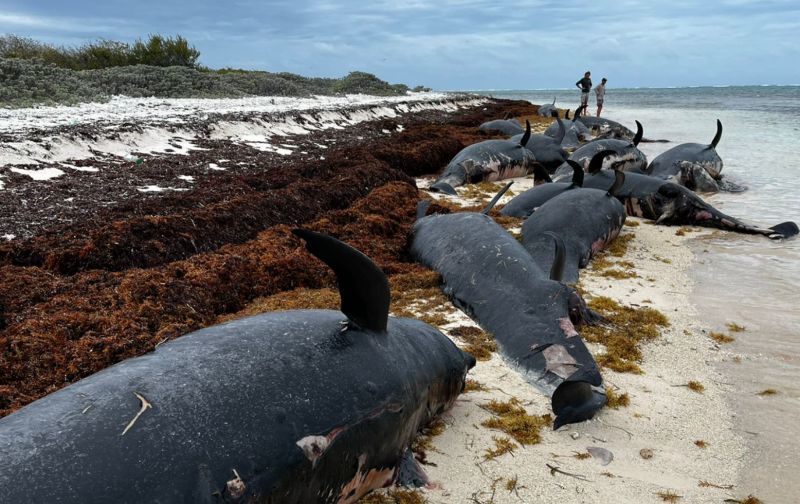 Information coming into Virgin Islands News Online (VINO) is that a large number of whales trapped on a reef at the Eastern End of Anegada have reportedly died, with several others injured.

The incident reportedly started two days ago, however, more whales have since died with that figure exceeding 40 as of today July 2, 2022.

Marine Biologist, Dr Shannon Gore indicated that what likely happened was that an injured or sick whale came to shore and was crying out for help which caused more whales to come to the rescue. 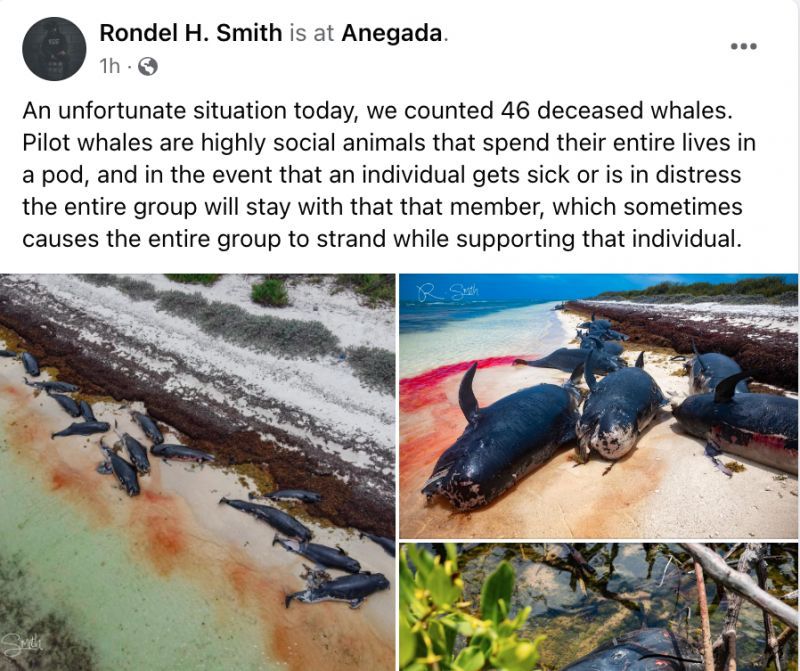 One social media user reported that some 46 whales had died as of 3:00pm this afternoon, Saturday.

She added that the Whales do not know to navigate the area and shallow waters like Dolphins, and this is resulting in more whales getting injured and trapped.

Dr Gore advised that any further sighting of whales, persons should not attempt to get the giants back in the open as it can cause them more harm than getting them to safety as sharks are now in the water, waiting to attack.

One social media user reported that some 46 whales had died as of 3:00pm this afternoon, Saturday.

Our news center will bring more details as they become available.