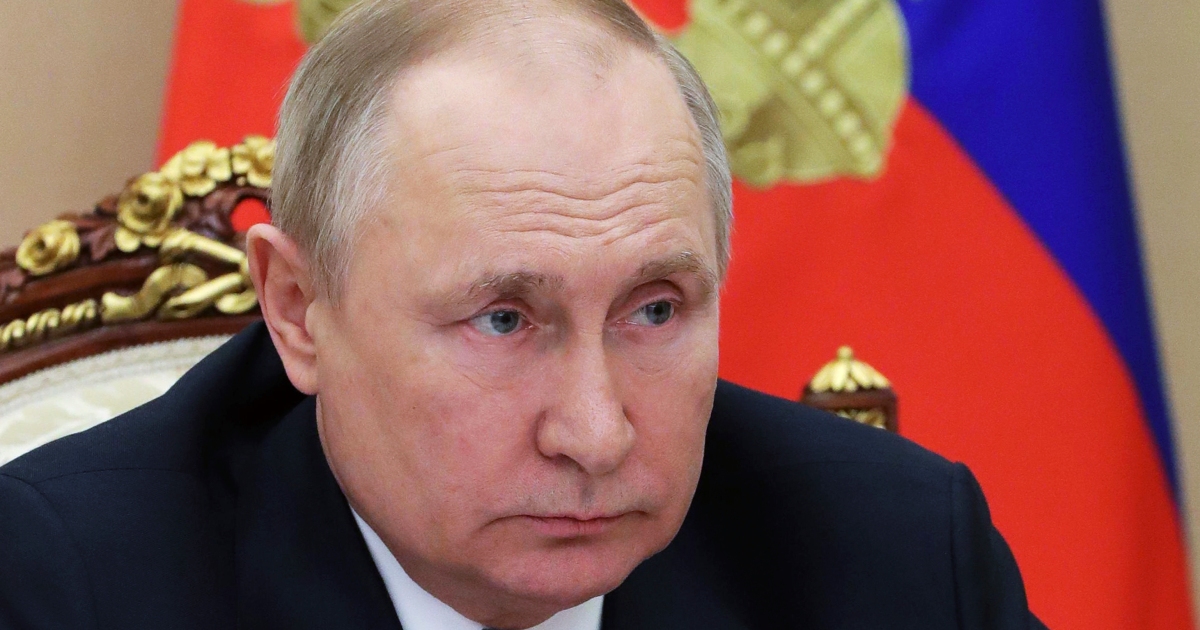 Putin appears to be working to transform Russia’s autocratic market economy into an autarkic command one.

Russia’s market economy died exactly one month ago when the West imposed sanctions cutting off its central bank from capital markets and freezing hundreds of billions of dollars of its reserves in the process, in response to President Vladimir Putin’s unprovoked invasion of Ukraine. Moscow’s stock market shuttered the same day and the Central Bank of Russia introduced its own far-reaching capital controls.

The question that naturally arose was what would come next: How would the Kremlin seek to mitigate the devastating economic impact that has placed Russia firmly on a path back to the economic tumult of the 1990s? Now, the answer is clear: Putin is turning to a familiar playbook, and building a command economy.

While Russia has been considered a market economy since at least the early 2000s, Putin’s Kremlin has had extensive control over most economic activity from the very beginning.

Indeed, the state started monopolising the distribution of the energy sector’s spoils in Russia soon after Putin’s rise to power. In 2003/2004, Putin seized the country’s then-largest oil company, Yukos, in a highly choreographed event. The security services dramatically pulled Yukos’ largest shareholder and Russia’s then richest individual, Mikhail Khodorkovsky, off a private jet, announcing a host of corruption charges in the middle of the night. The Kremlin then effectively transferred Yukos’ most valuable assets to the theretofore-struggling state oil company, Rosneft, where Putin had installed his consigliere, Igor Sechin, as chair. Khodorkovsky, who spent nearly a decade in jail, was eventually pardoned by Putin in 2013 and is now living in exile in London.

Since the demise of Yukos, Rosneft and state gas giant Gazprom has been dominating Russia’s energy economy. The latter in particular served as a means to distribute rents amongst the “new nobility” Putin built from his allies in the security services.

But all this time private enterprise still remained a possibility. Putin acolytes went on to build the country’s key liquified natural gas player and petrochemicals firms, Novatek and Sibur. Those without political connections rarely got far, but a few examples such as the retailer Magnit still shone through.

In the last few years, however, even those rare independent success stories found themselves being pressured to sell their businesses to the state. Magnit’s founder, Sergei Galitsky, for example, did so in 2018 and turned his attention to building up his hometown football club, FC Krasnodar. Galitsky was one of the lucky ones. Many other Russian entrepreneurs, even ones who previously colluded with Putin’s Kremlin, who resisted selling, met Khodorkovsky’s fate and were forced into exile.

Even in this environment, however, small and medium enterprises continued to be part of the Russian economy. As easily moving money in and out of Russia and participating in the global economy remained possible, not only a new kleptocratic oligarchy emerged in the country, but also multinational businesses started to enter the Russian market.

The pitfalls of Putin’s post-invasion economy

After the invasion of Ukraine, and the consequent sanctions, these multinational businesses that have long been serving Russia’s emergent middle class with a wide product base started to flee the country one by one. Even cigarette manufacturers are now pulling out.

Meanwhile, Russians found themselves largely trapped – thousands of flights have been cancelled, and many routes out of the country are suspended indefinitely. Taking money out is at least as difficult, thanks to the Kremlin’s ban on most currency exchanges and exports of hard currency.

And the steps the Kremlin took in the face of a looming economic collapse made it clear that it has no intention of preserving Russia’s market economy.

Just four days after the beginning of the “special military operation” in Ukraine, the state effectively took control of 80 percent of corporate foreign earnings as part of its sanctions capital controls and in the weeks since has gone even further. The Kremlin is now nationalising the businesses that are pulling out of the country, making it all but impossible for Russia to continue as a market economy even after the end of Putin’s war in Ukraine. Expected defaults will only further complicate this.

Moscow also introduced fixed prices in the metals and mining sectors, with Norilsk Nickel and Rusal being the first firms to announce such a move on March 24. A fixed rate for gold purchases has also been introduced: 5,000 roubles ($52) per gramme. That is not too far from the present value, but comes just before an expected period of rouble turbulence: the Kremlin has recently demanded European natural gas importers pay for Russian supplies in roubles rather than US dollars or Euros as contractually stipulated.

Putin’s Kremlin appears to see expanding the state’s control over the economy as a panacea to all its problems. Valentina Matvienko, chair of the upper house of parliament and a close ally of Presiden Putin, recently said so openly in discussing the nation’s rail operations, declaring that private operators must now start working for the state rather than thinking only of making money. While discussing the future of rail services, Matvienko also described Russia’s current command system as a “mobilisation economy”.

As analyst Nick Trickett explained in a recent article, the Kremlin is now seeking to build an economy that won’t be “affected by external price levels for the goods”. To achieve this, especially with a dramatically weaker rouble, the Kremlin will need to not only build a command economy but also have complete political control over pricing. This means businesses will not be competing on price or quality but on the basis of their connections to the Kremlin and other economic policymakers.

The Soviet Union once had such a system, but building the industrial base it relied on took Stalin’s brutality and inflicted unprecedented costs on the Soviet people.

Putin seems not to have yet realised what it would take to build a satisfactory command economy. He is still acting as if a “Potemkin” stock market with limited trading and only a handful of firms still tradable and tax cuts can help keep things afloat as he moves forward with his plans.

The new economy Putin is building on the back of the Ukraine invasion will have some similarities with Russia’s pre-2022 market economy. For example, elites who remain loyal to the Kremlin will be allowed to retain their wealth – Putin has effectively declared as much. But Moscow will largely only be distributing its increasingly meagre reserves among them, rather than the spoils of its once-booming energy sector.

All in all, Russia will be moving from an autocratic market economy, akin to that of China, to an autarkic command economy, similar to North Korea’s.