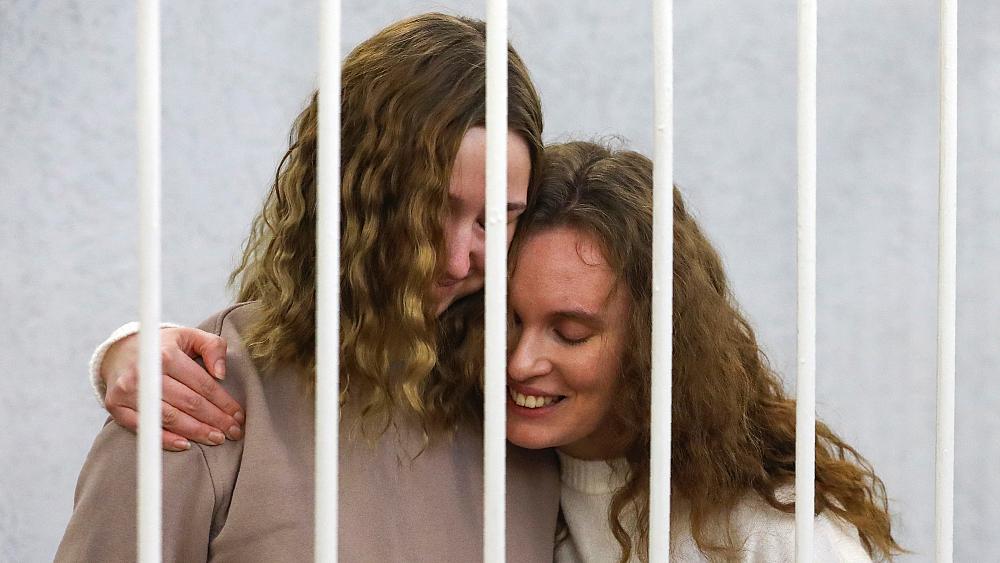 Which countries are Europe's worst for journalistic freedom?

Monday marks World Press Freedom Day, so amid what RSF has called a ‘dramatic deterioration in access to information’, Euronews takes a look at the 10 worst countries in Europe for press freedom.

The world of journalism faces “drastic losses”, the UN has warned, as it highlights the importance of ‘information as a public good’ on World Press Freedom day.

The intergovernmental organisation says the current coronavirus crisis has forced closures and job cuts within the industry, while other media outlets are facing “political capture”.

The result is more “creeping news deserts” in countries where journalists are unable to get accurate information out to the public.

In April, the journalism NGO Reporters Sans Frontiers (RSF) released its global index of press freedom, highlighting how the pandemic has given authoritarian regimes an excuse to crack down on journalism.

To mark World Press Freedom Day, Euronews takes a look at the state of press freedom in the 10 countries with the worst ranking in Europe, according to RSF’s index.

A country that has been labelled ‘the last dictatorship in Europe’, Belarus is the worst ranked in the continent for press freedom.

Its inhospitable environment for journalists who are trying to do their jobs was brought into the spotlight following the disputed re-election of Alexander Lukashenko as president last August.

Many journalists faced arrest and detention for attempting to document the widespread protest movement against the regime of the only man to have held the presidency in the 26 years since the country’s independence from the Soviet Union.

The authorities there also cut off access to the internet. According to the Belarusian Internet Observatory, “from June 2020 to the present day, there are regular interruptions in access to the Internet in Belarus, especially at protest meetings locations. The complete Internet shutdown, including mobile internet, started on election day. The country was cut off from the World Web till the morning on August 12.”

Data collected by RSF and the Belarusian Association of Journalists showed police deliberately used violence against reporters, with the “clear aim of gagging the media”.

RSF says Belarus was the most dangerous country in Europe for journalists in 2020. Human Rights Watch said amid the “unprecedented crackdown” against journalists, members of the media were beaten, fined, detained or deported for covering the protests.

The Belarusian Association of Journalists documented 336 detentions and 60 incidents of violence against journalists in the months after the presidential vote.

Holding the record of being the world’s biggest jailer of journalists as recently as last year - according to PEN and RSF - journalists continue to face crackdowns on work critical of the government of Recep Tayyip Erdogan.

RSF says the government has been eliminating opposition media during the current government’s rule, using the 2016 failed coup attempt to issue decrees cracking down further.

As of 2021 RSF says China has surpassed Turkey in its jailing of journalists, but it remains the second-worst country in Europe on RSF’s index.

“The risk of imprisonment and the fear of being subjected to judicial control or stripped of one’s passport is ever-present,” RSF says.

It explains that the government controls some 90% of the national media through government regulators, and discriminatory practices in the issuing of press cards and advertising spots.

One recent case saw the European Court of Human Rights ordering Turkey to pay damages to a jailed journalist, which it ruled was unreasonably convicted on terrorism charges.

Ahmet Altan was arrested in 2016 a month following the failed coup, and spent four and a half years in prison before recently being released.

The case brought by the Turkish government against the 71-year-old sparked international condemnation.

In a judgement in April, the ECHR's seven judges found "several violations of the right to liberty and security and a violation of the freedom of expression".

Russia has cracked down further on freedom of the press amid not only the coronavirus pandemic, but also as part of its fight against Vladimir Putin’s highest-profile critic, Alexei Navalny.

The EU and US have condemned the repression of opposition protesters and journalists in the wake of Navalny’s arrest and imprisonment.

In January the EU’s foreign affairs chief said he deplored detention and use of force against journalists amid the protests.

The US Secretary of State Antony Blinken said the US condemned "the persistent use of harsh tactics against peaceful protesters and journalists by Russian authorities for a second week straight."

Along with thousands of protesters being arrested, associates of Navalny, and opposition journalists have been detained by authorities.

Meanwhile independent media in the country “fought for months” to report on the COVID-19 pandemic and the government’s response, which saw the administration finally acknowledging in December 2020 the death toll was three times the original officially given figure.

RSF says lockdown measures have given authorities further grounds for obstructing the work of journalists in the country.

Until 2021’s index, Bulgaria was the bottom-ranked country in Europe for press freedom for three years straight.

RSF called it “the black sheep of the EU” in 2020, and maintains that outspoken journalists are “constantly subjected not only to smear campaigns and harassment by the state, but also to intimidation and violence.”

Last November the director-general of Bulgaria National Radio resigned, telling Euronews he wasn’t happy with the “lip service” the government paid to changes to the state of press freedom in the country.

Andon Baltakov said at the time: “For a director-general to resign nine months after he took the position... something is wrong.”

Despite the new government in 2020 saying improving conditions for press freedom in the country was a priority, there has been no significant legislative changes to allow this to happen, according to RSF.

Meanwhile, the state of the media hasn’t done the country’s hopes of joining the EU any favours.

In 2020 a Commission report into its ascension status noted progress on almost every chapter except freedom of expression, which it criticised after arrests and legal proceedings launched against journalists for posts written on social media.

Also mentioned were the failure to solve the 2004 murder of editor Dusko Jovanovic, and the 2018 shooting of a journalist.

RSF has welcomed what it calls “long-awaited reforms” that have taken place regarding the media sector following Ukraine’s 2014 revolution which saw the ousting of the former pro-Russia president Viktor Yanukovych.

However, it says ongoing “information warfare” with Russia has had negative consequences on press freedom, including bans on Russian media and social media, cyber harassment, and treason trials.

During the pandemic journalists have been victims of physical attacks, with the Institute for Mass Information logging more than 170 such instances so far in the country.

Ukraine fell one place in the 2021 press freedom index rankings to 97th.

Serbia remained in 93rd place in the 2021 rankings, with warnings from RSF that the country is “prey to fake news spread by government-backed sensational media”.

Journalists continue to face “almost daily attacks”, and RSF highlights the case against journalist Ana Lalić, who was arrested and held overnight for reporting on a local hospital during the pandemic.

The government used the COVID-19 situation to pass draconian legislation making it harder for journalists to do their work, which it later repealed.

Just above Serbia in the global list is Hungary, at 92.

The EU said concerns over “media freedom and pluralism” in the country had only increased in February when the authorities suspended the licence of the country's first independent radio station.

Independent media has been under threat in the country since Prime Minister Viktor Orban's return to power in 2010.

And legislation passed amid the coronavirus pandemic continues to criminalise what the government calls “fake news”, blocking access to information for journalists and the public.

RSF says the law, which banned reporting on local hospitals, has had a “chilling effect”

The state of emergency as a result of the pandemic has worsened the situation for journalists in North Macedonia, RSF says, and has emboldened an already “well-entrenched culture of impunity” regarding assault on media freedom.

But RSF says that a new penal code that is being drafted should make things safer for journalists.

RSF ranks Moldova at 89 on its 2021 index, citing “ownership concentration” and “lack of editorial independence and quality journalism” as challenges for the media there.

It is a country with diverse “but extremely polarised” media, a reflection of the political situation in the country.