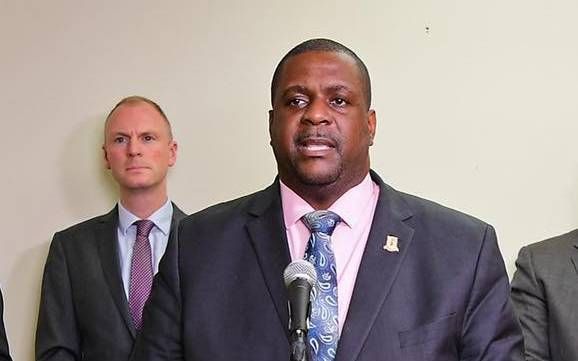 'Who do you turn to?’ to complain about Governors- Premier Fahie asks CoI

Virgin Islands (VI) Premier and Minister of Finance, Hon Andrew A. Fahie (R1) has raised serious questions about the powers of the Governor and how he is held accountable in the so-called "Modern Partnership" between the Government of the United Kingdom and the territory as laid out in the Constitution.

In a passionate presentation during the VI Commission of Inquiry, Hearing Day 52 on October 21, 2021, Premier Fahie said complaints to the UK over the alleged ‘abusive’ relationship with controversial ex-Governor Augustus J.U. Jaspert aka 'Gus' constantly fell on deaf ears. 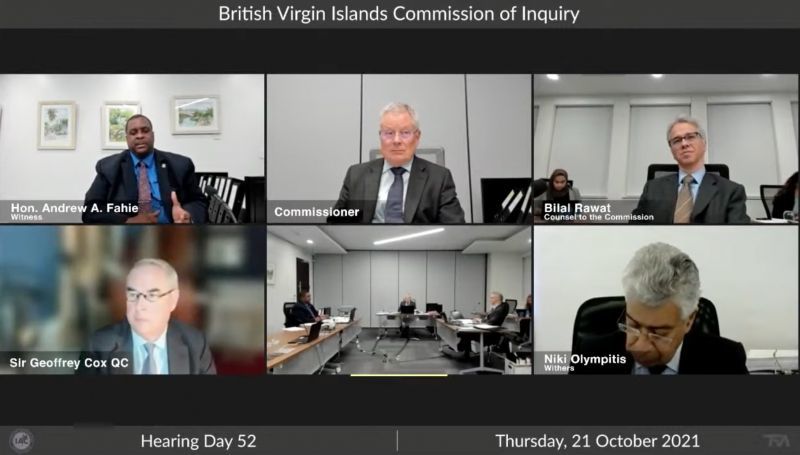 In a passionate presentation during the BVI Commission of Inquiry, Hearing Day 52 on October 21, 2021, Premier Andrew A. Fahie (R1) said complaints to the UK over the alleged ‘abusive’ relationship with controversial ex-Governor Augustus J.U. Jaspert aka 'Gus' fell on deft ears.

“His language to us has always been one in which as if we can’t do anything right, it’s an abusive relationship if you ask me, as if we couldn’t do anything correct,” a visually frustrated Premier Fahie detailed.

“I wrote all around for help. So there is a problem with the partnership because whenever I wrote they would write back and say, I hear everything you said, but we with Gus,” Premier Fahie further said.

Hon Fahie explained that the issue may have been as a result of a ‘constitutional block’ severing the relationship between him and the Governor.

Hon Fahie said there were instances where meetings were called to reset the relationship with the Governor but they were not fruitful.

“If you reach to the point where you have spoken directly with the then Governor and said 'let’s see if we get past whatever this is', and that doesn’t seem to work at all....”

“And then you reach to the point where you [have] written to those who are his superiors to ask to intervene and that will lead to you hearing that you [superiors] with the Governor,” Hon Fahie said, questioning where next should the territory turn?

The Premier indicated that the new details of his alleged strained relationship with Jaspert were never made public and despite the issues, Hon Fahie said he felt it was his Christian duty to mend the relationship.

"Who do you turn to?" Hon Fahie asked, to which the Commissioner, Sir Gary R. Hickinbottom, replied that the issues may have stemmed from a constitutional flaw.

Mr Jaspert, making no apologies for his actions as governor, maintained that he always acted within the constitution and in the best interest of the people of the Virgin Islands.

Premier Fahie also indicated that many public officers also shared concerns about their relationship with the Governor and having nowhere to turn to for recourse.

“We cannot have the partnership where one side of the partnership can speak to the other side if they choose to and then hide behind the authority that they have in the UK and make it seem like the premier is not being respectful."

Premier Fahie also indicated that since taking up office, current Governor John J. Rankin CMG has brought contrast to the Governor's Office, as compared to when 'Gus' was at its helm.