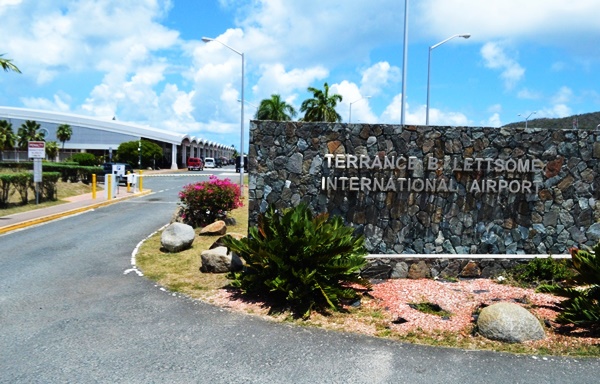 Who’s fooling who? Nothing will happen with airport - Vanterpool

Fourth District Representative Mark Vanterpool has argued that government will not be ready to proceed with any work on an extension to the Terrance B Lettsome airport during its current term in office.
Vanterpool said he came to that conclusion based on sections of the government’s medium-term fiscal plan document.

The document stated in part: “Based on the fluidity of our current fiscal environment, due to the impact of a pandemic and the constant monitoring of our fiscal situation required, we thought it would be premature to include this [airport] loan plan for 2023 in the 2022 to 2024 medium-term fiscal plan.”

Notwithstanding this, an allocation was made in the recurrent budget for the design, engineering and environment preparatory works for the airport project.

“This means that the airport isn’t ready to go and would not be ready to go in the next two or three years,” Vanterpool said.

He urged government to extend the airport that is there currently to be able to accommodate flights and to be able to improve airlift capacity into the territory at this time.

Vanterpool called discussions on the airport project a very crucial infrastructural programme that was talked about every year and was highly needed.

But according to the senior legislator, whenever it is discussed, one government comes in and has one plan then another enters office and makes changes, leaving the project at a constant standstill.

“We are going backward again to start new planning, new design, new engineering, to be completed when?” Vanterpool further questioned.

He said the government should review plans that are in place currently and make any necessary adjustments as they wish.

“An airport development programme isn’t something that can necessarily be achieved in one term,” Vanterpool stated.

The legislator said the government under which he had served aimed for an airport development project but this did not come to fruition.