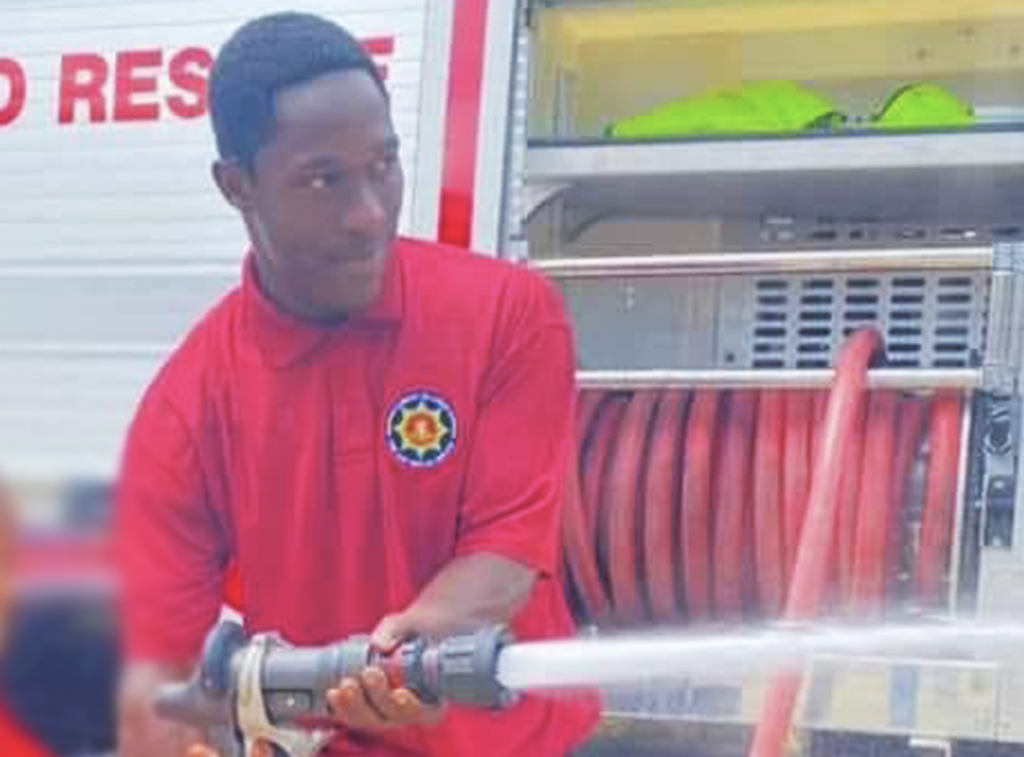 Family members of the late firefighter, Shaqhoi Smith, are questioning why authorities have not yet performed an autopsy on their deceased loved one, stating that more than a month has elapsed since they requested for the post-mortem procedure to be done.

Speaking to BVI News this week, Smith’s cousin Chivon Fahie also questioned why the police did not initially request an autopsy considering the inconsistencies observed at the accident scene.

“So, an autopsy should have been done. The police should have been investigating. That is another question I have as to why nothing has been done. I live in the US, and I came down for my cousin’s funeral. I have been here a little while after and I am displeased with the whole thing. I am sick and tired of waiting around patiently when no one is doing their job,” the grieving cousin said, expressing her frustration with the process.

She said the police has demonstrated that they do not care about the case as they have not shown enough interest in finding out what happened to the fireman.

“I don’t know what they investigate but if they cared they would have already investigated the autopsy. I don’t know where they drew that from. There was no bike on the scene. Everybody and their mother can tell it doesn’t make sense except the police. The thing is there are motorcycle accidents here every day. They know what motorcycle accidents look like,” Fahie said.

Smith’s cousin said the family will not give up until the truth is uncovered.

“We are going to find out what happened to Shaqhoi,” Fahie stated.

The police and BVIHSA’s response

BVI News checked with the Royal Virgin Islands Police Force (RVIPF) to learn the status of the investigation and our news centre was informed that the family ordered the autopsy directly through the BVI Health Services Authority (BVIHSA) so the police has no control over scheduling.

We were also informed that the police are still investigating the matter.

Meanwhile, checks with the BVIHSA confirmed that the family did request an autopsy and that the Health Services Authority has been in contact with the family regarding the matter.

“It should be noted that based on the nature of this particular case, the organisation has deemed it necessary to be thorough in our approach. We can therefore confirm, that the BVIHSA is assisting the family with their request for an autopsy. In this respect, we are facilitating the visit of a Forensic Pathologist on behalf of the family,” the BVIHSA said in a statement.

The BVIHSA further said the organisation is expecting confirmation on the arrival date of the Forensic Pathologist this week and the family has been informed via their liaison.

“The current nature of this matter ordinarily takes it outside of the regular role of the BVIHSA. However, we are guided by our commitment to serving the BVI Community. As such, we have offered our full support to the family and maintained communication with the family’s liaison,” the BVIHSA.

Police had reported that Smith was involved in a motor scooter accident on April 18 and succumbed to his injuries at the Dr D Orlando Smooth Hospital on April 22.

A scheduled viewing and funeral service was held on May 21, 2022, but when it was time for the burial, the body was returned to the funeral home pending a post-mortem examination.