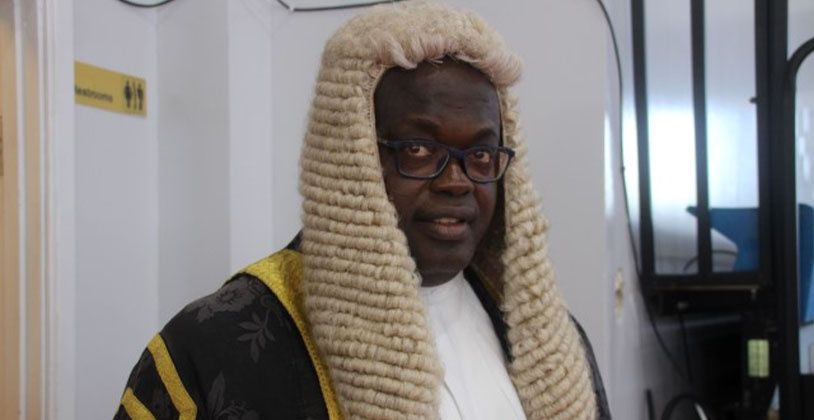 After hearing legal arguments on both sides, Ag. Commercial Court Judge Adrian Jack has ruled that Speaker of the House of Assembly Hon. Julian Willock to pay the legal fees associated with an injunction against three attorneys of the ongoing Commission of Inquiry (CoI).

Willock's injunction claimed that the trio's appointment was not in keeping with the Legal Professions Act of 2015.

In a published judgement issued on Thursday afternoon, September 30, Judge Jack said: "I shall order that Mr. Willock pay the defendants' costs."

He said he would be assessing the costs of the Attorney-General Hon. Dawn Smith, which is $6,084.00 and the costs schedule of the other defendants, which was only served on the morning of the hearing claiming $115,348.50, which also represented a "substantial increase over the
earlier schedule served on their behalves."

The other defendants were Commissioner Sir Gary Hickinbottom and the attorneys in question – Bilal Rawat, Andrew King and Rhea Harrikissoon. Their legal fees had been $71,388.59 prior, with a difference of over $43,000.

One of the attorneys from Silk Legal, who was representing the Speaker, Mr. Daniel Fligelstone Davies, requested time to deal with the schedule.

"I, therefore, directed that he should serve points of dispute by close of business on 5th October with a reply by 8th October. All parties were content that I should assess costs on paper without a further hearing," Judge Jack said.

Notably, Judge Jack had recently requested the information about the contractual arrangements between Willock and Silk Legal after receiving conflicting claims over which party was responsible to pay legal costs for the injunction.

During submissions on costs, the AG Chambers had disputed Hon. Willock's claim that there was an agreement between Mr. Willock and the BVI Government.

Judge Jack said, as a result, Hon. Willock had to file an affidavit by the close of business on September 7 explaining the funding arrangements.

Commenting on this matter, Judge Jack said Mr. Davies sought to meet this objection by saying that the contract of retainer had been varied by the Speaker authorizing the bringing of the current action.

However, the Judge contended: "There is no evidence of this, beyond the fact that Silk Legal has in fact brought the current claim. In particular,
there is no evidence that Mr. [Andrew] Fahie [Premier and Minister of Finance], or anyone else able to vary the contract, approved any variation on behalf of the Government. The variation is not in writing and has never been (and would never have been) approved by the Attorney-General."

He said further, in his judgment the retainer of 28th May 2021 does not cover the bringing of the current action and there is no express term whereby the Government of the Virgin Islands agreed to indemnify Mr. Willock against adverse costs orders.

"Accordingly, any right to an indemnity falls away. Mr. Willock's liability for costs. Even if there were an indemnity, on the facts of this case that would not in my judgment affect the claimant's liability for costs. The costs of the first to fourth defendants are being met out of funds provided to the CoI. There is no reason why the CoI should be out of pocket for having to defend Mr. Willock's claim.

As to the costs of the Attorney-General, she seeks those costs. I see nothing unreasonable in her so doing. She no doubt has a limited budget. There is no reason why her budget should be whittled down defending claims conducted unreasonably."