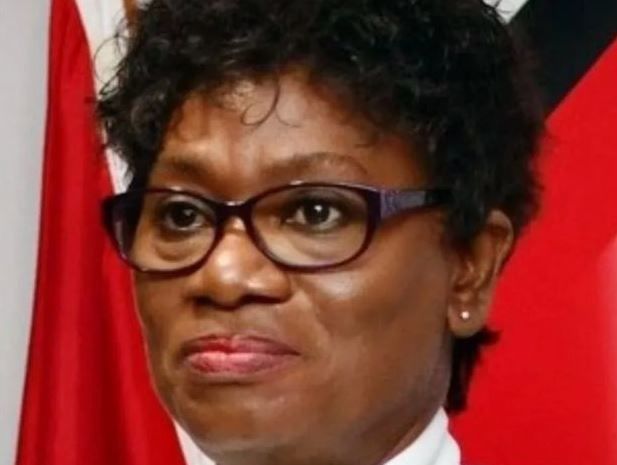 The Parliament last night approved the notification of the President for the nomination of Erla Harewood Christopher to act as Commissioner of Police.
Christopher makes history as the first woman to hold the top-cop position. The “acting” appointment runs from October 16 to 22, when acting Police Commissioner McDonald Jacob will be out of the country.

Prime Minister Dr Keith Rowley, in piloting the motion, signalled that the Government planned to bring “in the very near future” an adjustment to the law that demands that all appointments to the positions of Commissioner of Police and Deputy Commissioner of Police, whether temporary or permanent, come to the Parliament for approval.

Rowley said he believed the Police Service Commission should be empowered to make short-term appointments “from a practical standpoint”, “without having to have the Parliament come out in crisis to appoint someone for a day or two”.

The PM said frequently the Commissioner of Police is required to leave the country either on Government or police business, and it means that on every occasion this occurs, even if it is for one day, the Parliament has to be moved”. He asked what happens if the Parliament for logistical reasons is unable to meet.

“We need to make a sensible amendment to allow the Commission to make short-term appointments,” he said, adding that he was putting his colleagues (in the Opposition) on notice that he would be discussing this matter with the attorney general. Noting the Police Service Commission, for many years, made “acting” appointments on its own, Rowley said it was during the period of “Police Service disturbance” that it was discovered that, under the law, all appointments had to come to Parliament.

The prime minister said Christopher had a long and distinguished career. Christopher, who is 59 years old, joined the Police Service in 1982 as a constable and gradually moved up the ranks. She is currently an acting deputy commissioner, a position she has held since May 2017.

Christopher holds a Bachelor of Science degree in public sector management from The University of the West Indies, St Augustine, and a Master’s degree in applied criminology and police management from the University of Cambridge, England. And she is a candidate for the Master’s degree in strategic leadership and management. She has also done a number of attachments and leadership courses at various institutions in Jamaica, India and the US (Washington, DC).