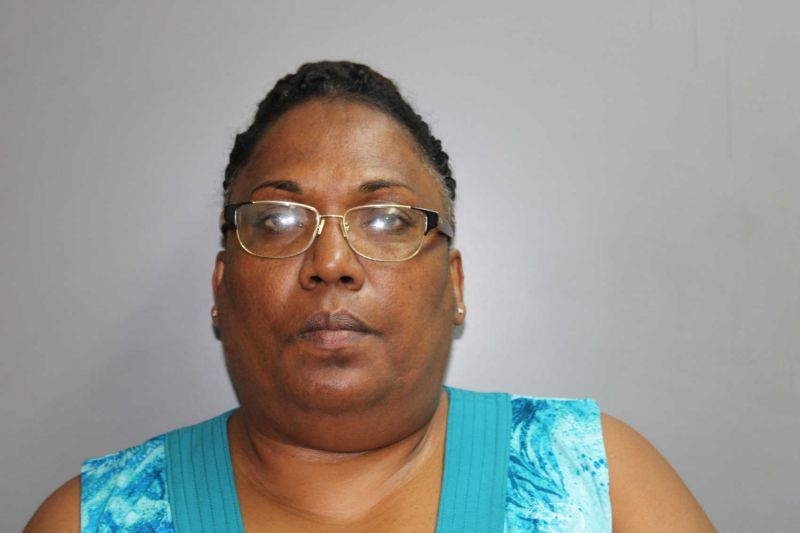 A St. Croix woman was arrested Friday at her current place of employment for allegedly using the business of a former employer to apply for the federal Paycheck Protection Program, resulting in a financial loss of her former employer totaling $39,411.
According to V.I.P.D. Director of Communications Glen Dratte, an investigation conducted by the Economic Crime Unit revealed that on June 28, 2020, Charleen Isaac, who was an employee at the HERCARE business, applied for a PPP loan under the business of HERCARE.

Following the successful application, Isaac from July 15, 2020 to December 24, 2020 wrote 13 checks against the account of HERCARE. Some checks were written out to herself and to cash without permission from the business owner, causing the business to suffer a loss of $39,411.39, the V.I.P.D. alleged.

On Friday at about 10:22a.m. detectives from the Economic Crimes Unit executed an arrest warrant and placed Isaac under arrest at her current place of employment, the office of Fish & Wildlife in Frederiksted, without incident.

Isaac was charged with forgery, obtaining money by false pretense, grand larceny and embezzlement by fiduciary, and access to a computer for fraudulent purposes. She was transported to the Wilbur H. Francis Police Operation Building in Frederiksted where she was processed and booked, according to police.

Bail was set at $35,000 at approximately 12:13p.m. Friday, and Isaac was granted 10 percent provision by Judge Yulan Brow Ross. Isaac posted $3,500 and was released pending an her advisement hearing scheduled for Monday, Aug. 29.