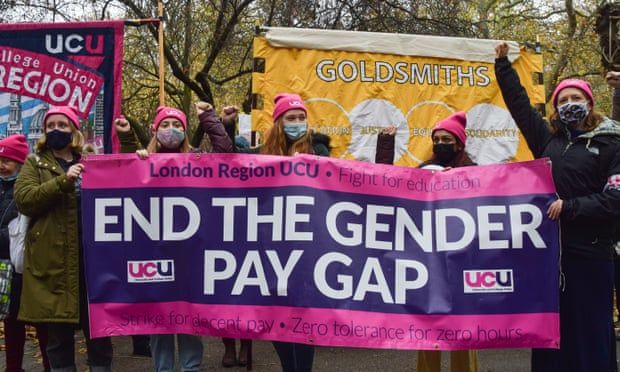 Disparity is most evident among women in their 30s and older, and for those in working-class occupations
One in five women who ask for a pay rise are successful in receiving one compared with just under a third of men, polling has found.

A YouGov survey of more than 16,000 adults found that of the 40% of people who asked for a pay rise, just over a quarter succeeded.

But disparities are revealed when breaking down the data along gender lines. Forty-three per cent of men asked for a pay rise, compared with a third (33%) of women. Furthermore, 31% of men were successful, while just over a fifth (21%) of women received a salary increase.

The research found the chasm exists most prominently for those in their 30s and older.

These disparities further existed along class lines, with the analysis finding that adults in more middle-class occupations are more likely to have asked for a pay rise and been successful than their counterparts in more working-class occupations.

The YouGov analysis comes after gender pay gap reporting was made mandatory by the government in 2017 for all companies with more than 250 employees.

In December, Guardian analysis showed that the gender pay gap reported to the government by the UK’s largest firms is widening, with women being paid a median hourly rate of 10.2% less than their male colleagues.

Jemima Olchawski, the chief executive of the Fawcett Society, said the UK had a “pernicious gender pay gap that needs to be tackled”.

She continued: “Detailed academic research disputes the idea that women are less likely to ask for a pay rise and instead finds that they ask at a similar rate, but typically get slightly less.

“That said, it’s simply not right that women continue to be undervalued for the work they do – be that in paid work or caring responsibilities.

“This research suggests that a gender gap in asking opens in our 30s. That’s when most mothers have their first children – and with so many flexible working requests refused, we know too many mums feel precarious enough in getting work they can do, let along getting a raise. What you come into a job with matters too – it’s not just about pay rises and bonuses.”

Anthony Painter, the director of policy at the Chartered Management Institute, said the “confidence gap” was real and had “detrimental impacts for pay and progression for women”.

“You have to question whether the knock-back figures we see in this research are part of the reason,” he added.

A spokesperson from the government’s equalities hub said: “This government is committed to addressing pay inequality. Through our new pay transparency pilot, we will support organisations to provide salary details as standard on job advertisements.”