WHO:
“Obesity is a complex multifactorial disease defined by excessive adiposity and is linked to an increased risk for many noncommunicable diseases (NCDs).

Overweight and obesity affect almost 60% of adults and nearly one in three children (29% of boys and 27% of girls) in the WHO European Region. Recent estimates suggest that overweight and obesity is the fourth most common risk factor for NCDs in the Region, after high blood pressure, dietary risks and tobacco.

It is also the leading risk factor for disability, causing 7% of total years lived with disability, and obesity is linked to greater morbidity and mortality from COVID-19. Early studies from a number of countries in the Region indicate that the prevalence of overweight and obesity and/or mean body mass index has increased in children and adolescents during the COVID-19 pandemic. This report examines the growing challenge and impact of obesity in the Region, building on past publications and aligning with initiatives to tackle cancer.

The report focuses on managing obesity throughout the life course and tackling obesogenic environments; it also considers more recent challenges, including problematic digital marketing to children and the impact of the COVID-19 pandemic on obesity prevalence. Policy options to prevent obesity are outlined for consideration by Member States together with a suite of population-level approaches.

The report highlights the importance of including prevention and control of obesity within measures to build back better in the wake of the COVID-19 pandemic. Addressing obesity is critical towards achieving the Sustainable Development Goals and is a priority in the European Programme of Work 2020–2025: United Action for Better Health.
“

Obesity has reached “epidemic proportions” in Europe, the World Health Organization says, as a major report shows the disease is causing 200,000 cancer cases and 1.2 million deaths a year.

In the first such study for 15 years, the WHO said overweight and obesity rates had hit deadly levels and were “still escalating”. No country in the region was on track to meet the WHO global noncommunicable disease (NCD) target of halting the rise of obesity by 2025, it said.

Across Europe, 59% of adults are overweight or obese as well as 8% of children under five and one in three children of school age. Obesity prevalence in Europe is higher than in any other part of the world except the Americas, according to the report presented at the European Congress on Obesity.

“Alarmingly, there have been consistent increases in the prevalence of overweight and obesity in the WHO European region and no member state is on track to reach the target of halting the rise in obesity by 2025,” the report said.

Obesity is linked to a string of other diseases, including musculoskeletal complications, type 2 diabetes, heart disease and at least 13 types of cancer. The report said excess body fat led to premature death and was a leading risk factor for disability.

“Across the WHO European region, obesity is likely to be directly responsible for at least 200,000 new cancer cases annually, with this figure projected to rise in the coming decades,” the report said. “For some countries within the region, it is predicted that obesity will overtake smoking as the main risk factor for preventable cancer.”

Of all the countries in the Europe region, the UK ranks fourth for having the most overweight and obese adults, behind Israel, Malta and Turkey, according to the study. On obesity rates alone, the UK is second only to Malta.

Obesity is defined as being very overweight. Having a body mass index (BMI) of 25 to 29.9 is classified as being overweight, while 30 or above is defined as obese. The report found European men were more likely to be overweight or obese overall, although more women were living with obesity (24%) in Europe than men (22%).

People living with obesity had been disproportionately affected by the impact of the Covid-19 pandemic, the report said. There have been unfavourable shifts in food consumption and physical activity patterns that will have lasting effects on people’s health for many years and will need significant effort to reverse.

The report said the causes of obesity were more complex than just an unhealthy diet and physical inactivity. It said that “environmental factors unique to living in modern Europe’s highly digitalised societies are also drivers of obesity”, such as online marketing of unhealthy food to children, and the “proliferation of sedentary online gaming”.

Dr Hans Kluge, the WHO regional director for Europe, said reversing the obesity epidemic in Europe was still possible. “By creating environments that are more enabling, promoting investment and innovation in health, and developing strong and resilient health systems, we can change the trajectory of obesity in the region.”

The report called for high-level political commitment to tackling obesity, alongside measures such as sugar taxes on sugary drinks and subsidies on healthy food. Marketing of unhealthy food to children must end, it said.

… as you’re joining us today from Thailand, we have a small favour to ask. Tens of millions have placed their trust in the Guardian’s fearless journalism since we started publishing 200 years ago, turning to us in moments of crisis, uncertainty, solidarity and hope. More than 1.5 million supporters, from 180 countries, now power us financially – keeping us open to all, and fiercely independent.

Unlike many others, the Guardian has no shareholders and no billionaire owner. Just the determination and passion to deliver high-impact global reporting, always free from commercial or political influence. Reporting like this is vital for democracy, for fairness and to demand better from the powerful.

And we provide all this for free, for everyone to read. We do this because we believe in information equality. Greater numbers of people can keep track of the global events shaping our world, understand their impact on people and communities, and become inspired to take meaningful action. Millions can benefit from open access to quality, truthful news, regardless of their ability to pay for it. 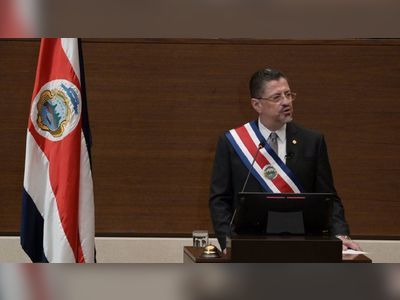 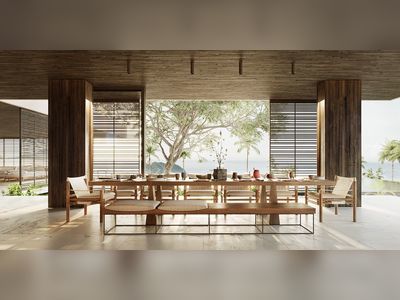