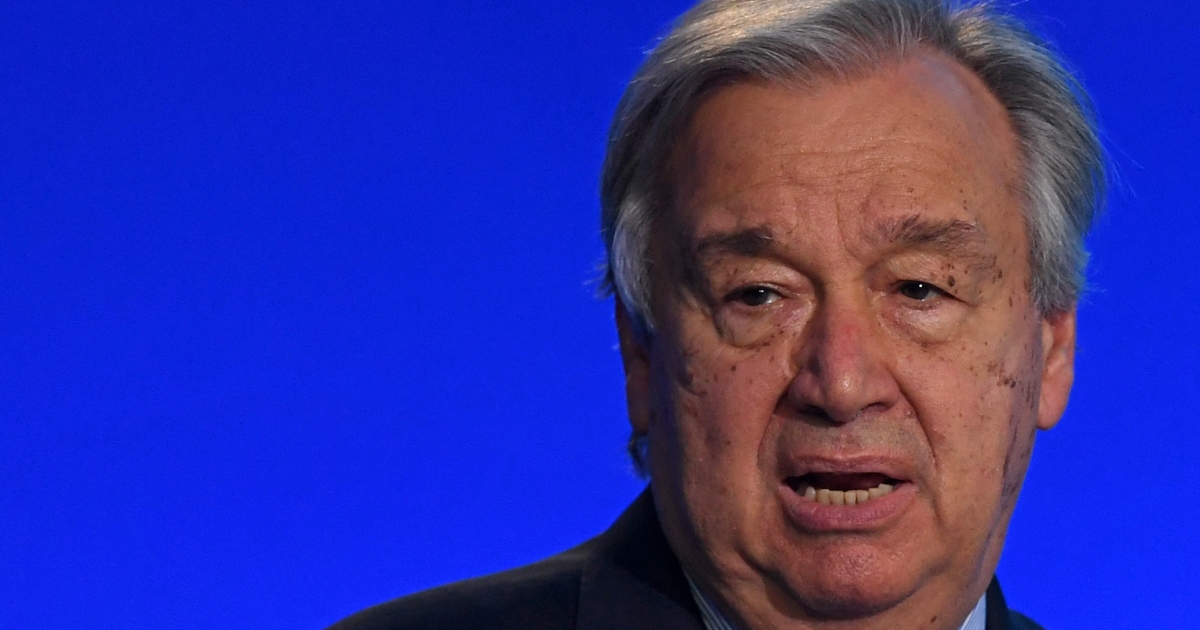 Guterres says goal of 1.5-degree-Celsius rise is already on life support as he urges countries to abide by commitments.

The planet-saving goal of capping global warming at 1.5 degrees Celsius (34.7 Fahrenheit) is already “on life support”, he told a sustainability conference in London.

Keeping this goal in play requires a 45 percent drop in emissions by 2030 and carbon neutrality by mid-century, according to the UN’s Intergovernmental Panel on Climate Change (IPCC).

But even if nations honour newly revised pledges under the Paris Agreement, emissions are still set to rise 14 percent before the decade ends.

“The problem is getting worse,” Guterres said in a pre-recorded video message. “We are sleepwalking to climate catastrophe.”

“If we continue with more of the same, we can kiss 1.5C goodbye,” he added. “Even two degrees may be out of reach.”

His comments came only hours before the 195-nation IPCC kicked off a two-week meeting to validate a landmark report on options for reducing carbon pollution and extracting CO2 from the air.

The report is expected to conclude that CO2 emissions must peak within a few years if the Paris temperature targets are to be met.

Guterres described COVID recovery spending as “scandalously uneven” and a missed opportunity to accelerate the turn towards clean energy.

The Russian invasion of Ukraine, he added, could further derail climate action with importers locking in fossil fuel dependence as they scramble to replace Russian oil and gas.