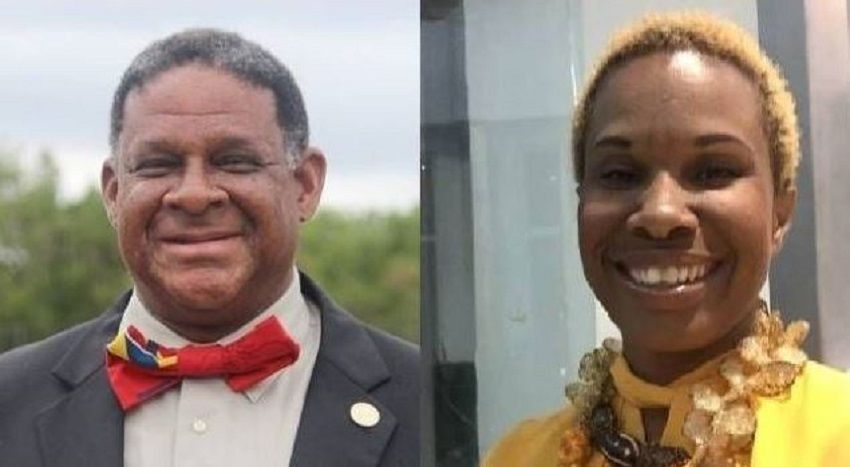 ‘You are far more despised’ than Dr Wheatley- Dickson C. Igwe to 'Cindy'

Rosan-Jones, who hosts the low rated ‘Cut Deep’ show on Facebook, had on October 27, 2021, posted on her social media page, “I despise Natalio Sowande Wheatley. You are so much of a system you rallied against. You are Power Hungry and an utter Disgrace. A complete Disappointment”. 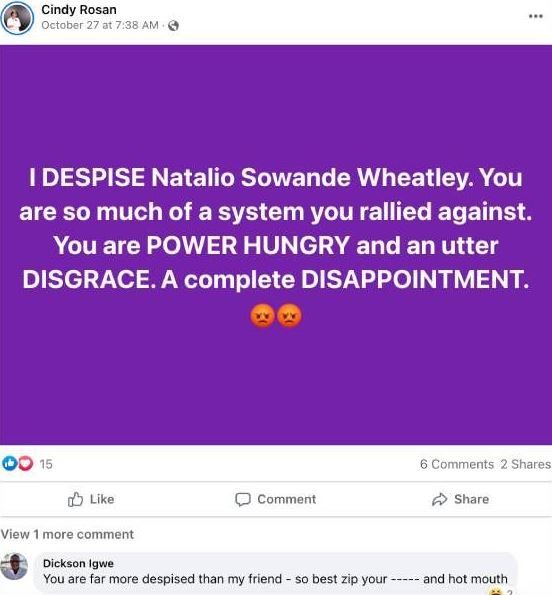 Rosan-Jones, who hosts the low rated ‘Cut Deep’ show on Facebook, had on October 27, 2021, posted on her social meida page, 'I despise Natalio Sowande Wheatley. You are so much of a system you rallied against. You are Power Hungry and an utter Disgrace. A complete Disappointment'.

The post has since prompted negative responses, including one from Mr Igwe, telling Rosan-Jones to drop the topic, "You are far more despised than my friend - so best zip your ----- and hot mouth,” he said.

Rosan-Jones appeared to be reacting to the sickout on October 27, 2021, by Jr School teachers of Elmore Stoutt High School (ESHS). The protest resulted in teachers having to scramble to arrange transportation for students to return home and parents had to find alternative arrangements for their children for the day.

Education Minister Dr Wheatley in radio comments on the issue said, “To be honest with you I am really not clear [on reasons for strike] and I would really love to have a sit down with those persons who have the challenges.”

Dr Wheatley was at the time speaking to Andre Gaymes aka DJ Dre on ZVCR 106.9 FM; however, he promised that Government is actively looking into the issue of mold and had already expended over a million dollars on mold eradication and maintenance issues across schools in the VI. 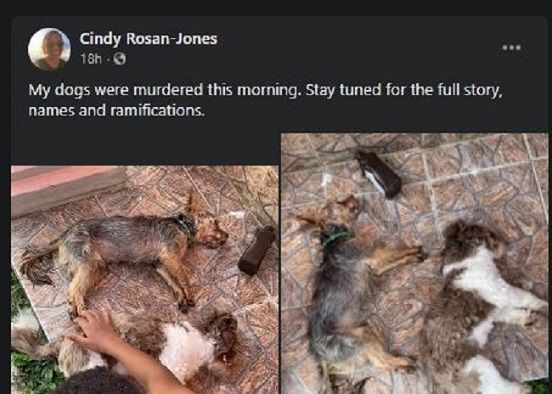 Rosemary C. Rosan-Jones notified the public of the alleged dog poisoning on wrote on her Facebook page on May 8, 2021.

Meanwhile, the Jury is still out on whether Rosan-Jones is more or less despised than Dr Wheatley.

On May 8, 2021, two of Rosan-Jones' beloved dogs; a Shih Tzu and a Yorkie, were suspected of being poisoned at Mount Healthy on Tortola.

Days earlier, on June 5, 2021, an anti-government motorcade organised by the talk show host had flopped, with abysmal community support.

Rosan-Jones told JTV on a Facebook live video that part of the plan of the motorcade was to traverse various areas of the territory to chant anti-government slogans and to disrupt a party that was being hosted by Dr Wheatley in the 7th district.

“We’re going to head up to District Seven, we’re going to crash that party that’s happening at The Stickette, ain’t no time for no celebration!” she had said.

Additionally, Rosan-Jones' hyped, yet low-rated, 'Cut Deep' talk show has not aired any new episodes since the first half of 2021.

The latest episode on June 22, 2021, suffered technical difficulties and had to be posted to Youtube where it racked up 431 views as of publication time.