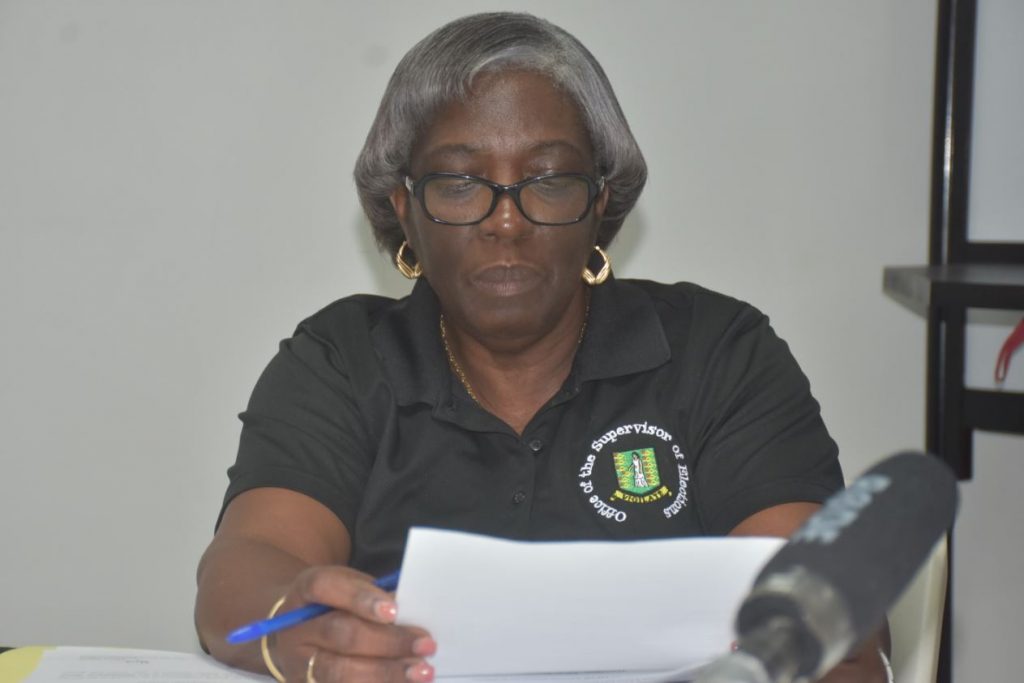 In a recent media release, Supervisor of Elections, Juliette Penn said the voter registration process is still ongoing and persons are asked to present the relevant documents including a BVI passport, a Belonger’s card or a copy of a Naturalisation Certificate once the bearer has been naturalised in the year 2006 or before.

“It is very important for eligible persons to take the opportunity and register to vote. It is a right and a privilege to be able to vote, and as such, once you attain the age of voting you are encouraged to register,” Penn stated.

Persons who have moved their place of residence and wish to register in the electoral district where they’re now residing, are also encouraged to apply on or before September 25.

These persons are asked to present supporting documents as evidence. These documents include cable, water or electricity bills, a rent receipt or a notarized document stating a new address.

Registration and transfer forms are available at the Office of the Supervisor of Elections, the District Offices on Anegada and Virgin Gorda, and the government office on Jost Van Dyke.

Election in the BVI

The last general election in the BVI was held in February 2019 when the Andrew-Fahie-led Virgin Islands Party was elected into office.

The next general election isn’t constitutionally due till 2023 and the territory’s Premier is the one who decides when Election Day will be as there are no fixed dates for elections in the BVI.

After the 2019 elections, the Commonwealth Parliamentary Association British Islands and Mediterranean Region Election Observation Mission that observed the elections called for the government to implement fixed election terms.

The group said this would ensure that election officials have sufficient time to adequately prepare and give election administrators adequate time to inform and educate the electorate on possible changes to voting procedures.